The Religion Of Alcoholics Anonymous 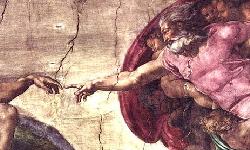 In a world that is becoming increasingly more secular, some people express a real sensitivity to religion and religious topics. Spirituality itself is no longer accepted by some, and talking about spiritual matters can be a turn off. The connect with psychics or fringe ideas is too easy.

A problem for AA

Alcoholics Anonymous was founded in 1935. At the time, religion wasn’t as controversial as it is today. The program hasn’t changed much since then, and the literature relies heavily on spiritual principles. It’s almost taken for granted that those who read the Big Book come from a culture that both values and understands spiritual matters. Unfortunately, society has moved away from accepting a spiritual realm in life and many find it foreign, or immediately label AA as a kind of church.

There is a chapter in the Big Book that is written to non-believers. Called simply, “We Agnostics,” it addresses atheists and agnostics directly, confronting them with the need to find a spiritual basis for their lives. At first reading it seems to call for an outright conversion experience, because it mentions finding a “spiritual awakening.” However, there is an appendix which clarifies what a spiritual experience means.

Many have argued that AA actually is a type of religion, or at least a cult. But to make Alcoholics Anonymous fit the mold, a few things have to be stretched, until it’s hard to make a useful comparison. For example, religions usually have an object of worship. In cults, it’s often a single, charismatic person. Religions have a hierarchy and are transmitted culturally, so that parents teach a particular religion to their young and so on.

Furthermore, it would be an odd religion that accepted the faithless as full members. One doesn’t have to declare anything other than a desire to stop drinking to be a member of AA.

With all the mismatches, AA is a very poor example of what a religion is, especially when groups are so varied. But confronting the issue directly, one finds groups that mention they are agnostic going in.

The important thing for atheists and agnostics is to find a group where religion (usually Christianity) is not built into the group simply because of the people who have joined it. A feeling of not belonging because of pressure felt to convert shouldn’t be allowed to stand between a member and sobriety. There are enough AA groups out there (and online as well) that this shouldn’t be a problem. Just as a religious person may get more out of a meeting that uses prayer as a tool, an agnostic should find a meeting that “speaks” to them on a personal basis. The spirituality will take care of itself.