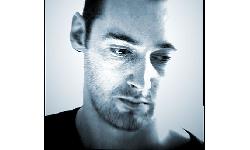 Dual diagnosis in addiction refers to patients who have both mental health issues and substance abuse problems. Some related terms (often synonymous) are comorbid or co-occurring disorders. The cases are made more complex than either by itself because of the interactions between addiction and mental illness. Each can drive the other.

A classic example is a depressed person who is abusing, especially if they are taking a stimulant type drug like methamphetamine or cocaine. The depression “feels better” when they are stimulated by the drug. When the drug is removed, depression reemerges and might even come back worse. The reason is because depression is a normal consequence of withdrawal, having an underlying depression only adds to the mix.

The problem doesn’t stop there however. All substances that are abused eventually alter the brain. How these changes impact mental illness is not straightforward. Furthermore, these changes in the brain may limit or alter the way the patient reacts to known treatments for their clinical diagnosis. How, for instance, are we to predict a response to SSRI’s in a patient whose reward circuitry has been rewired by cocaine abuse? There is also the matter of idiosyncratic reactions. This phenomenon happens when someone doesn’t react as expected to prescribed medications. Dual diagnosis patients exhibit this more frequently than others.

One final, but important difficulty is the attitude addicts have toward the drugs they are prescribed. While not universal, doctors have to be wary of giving habit forming substances to addicts. The fear is that the addict will be prone to changing their dose to get some perceived effect not intended by the doctor. The possibility of creating a new addiction is ever present.

A dual diagnosis program not only has to account for all this patient variability, but must recruit qualified professionals. While “regular” addiction treatment may be valuable with the input of a certified therapist, a dual diagnosis program may need the services of a psychiatrist or psychologist trained to deal with the mental illness side. The constant battle is to not only treat what needs to be treated, but to recognize symptoms due to withdrawal (and subsequent cravings) and those from the mental illness alone. Medical personnel have to be watching for extremes and deal with them properly.