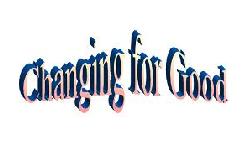 The “stages of change” model for quitting bad habits (including addiction) was popularized in a 1994 book called, “Changing for Good,” by James Prochaska (and others). The important breakthrough was the multiple methodology approach adopted by the author. In other words, one particular method in psychology wasn’t preferentially favored – what worked was adopted in the framework.

The essential method is to recognize that permanent behavioral changes come as a process, not as a single event. Those needing change in their lives needed to travel through several steps in sequence to gain long lasting improvement. These became the stages in the stages of change theory. An outline of the five stages can be found here.

Each stage, from the initial resistance all the way through taking action and maintenance needs a different push from a therapist. Patients should be approached at whatever stage they are in instead of imposing the therapist’s ideal. So the first objective of the practitioner is to interview the patient in a non-judgmental manner to discover what stage they are in. Only then can the treatment match the patient.

The therapist’s role then becomes one of a facilitator as the patient moves through the natural and necessary stages – helping with strategies where needed. For those using the method without professional help, the book outlines different strategies and goals. For addiction, the stages of change theory offers a different step style, unrelated to the 12-step models and without the spiritual elements.

In the fifteen years since the stages of change theory was developed, there has been substantial criticism. Several studies that looked at the method with smoking cessation were unable to demonstrate a positive effect of the method over other, more traditional therapies. The two main criticisms are that the ‘stages’ are not as clear cut as the theory describes and that people cannot make and stick to plans in real life. Completion of one stage didn’t imply moving on to the next, nor did the theory account for ‘spontaneous’ change – a not uncommon phenomenon.