A 12 Days Of Christmas Blog Meme 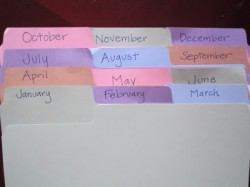 From DrugMonkey’s blog: “The rules for this blog meme are quite simple. Post the link and first sentence from the first blog entry for each month of the past year.” (Credit to Janet Stemwedel and John Lynch for the idea.)

Here are the 12 first lines from 2011 here at Addiction Inbox. Click month for full story:

January: Films popular in Europe feature more drinking episodes per movie than their equally popular American counterparts, according to a report by the European Centre for Monitoring Alcohol Marketing (EUCAM).

February: The Director of the Office of National Drug Control Policy issued a warning about the new synthetic stimulants now being clandestinely marketed as bath salts or insecticide.

April: In the first published examination of thirdhand smoke pollution and exposure, researchers at San Diego State University discovered that non-smokers who move into homes purchased from smokers encounter significantly elevated nicotine levels in the air and dust of their new homes two months or more after moving in.

May: What would it be like to have written a drug memoir and an autobiography before you turned 30? Would it seem like the end or the beginning? Are there any worlds left to conquer?

June: The song is not about cigarette addiction, but it could be.

July: Readers may remember the dark day of January 1, 2008, when the U.S. set an all-time record: One out of every 100 adults was behind bars. That’s more than 2.3 million people

August: The cost of addiction treatment is a legitimate medical expense, as long as you are talking about drug and alcohol addiction, which the IRS recognizes as a genuine medical disease.

October: It’s official: The Obama administration has thrown off the gloves, repudiating Attorney General Eric Holder’s vow of two years ago that the federal government was not interested in prosecuting “state-legal” cannabis activity.

November: They first turned up in Europe and the U.K.; those neon-colored foil packets labeled “Spice,” sold in small stores and novelty shops, next to the 2 oz. power drinks and the caffeine pills.

December: After years of tightening regulation and dramatic declines in the number of adult smokers, Big Tobacco is targeting teenagers like never before.