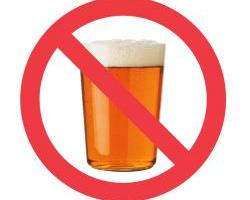 Recovering alcoholics are urged to stay away from places where the booze is flowing. But what are people who like to dance supposed to do? Such clubs all serve alcohol. Well, there will soon be a place Washington state that won’t.

It’s called the “449 Club.” The name comes from page 449 of the book, “Alcoholics Anonymous,” which many in the 12-step program refer to as “The Big Book.” That is the page that covers the concept of acceptance.

And this club certainly will be accepting of those who are recovering alcoholics.

“It’s a good, clean, supportive environment of recovery,” said Reama Hayden, who has been sober for five years. “It would especially assist people in early recovery. You need to cut loose of the old, and acquaint yourself with new ways of entertaining yourself.”

The club will hold its first dance this weekend at a hall in Everett, Washington. The mastermind behind this, Coyle Jefferson II, is still looking for permanent digs.

“What we’d like to do is have dances every weekend, and different events,” Jefferson said. “We’ve got a long way to go, but it’s just really coming together. The right people showed up at the right times.”

Jefferson hopes to offer an alternative to people who like night-life but can’t be around alcohol, like his old friend Hayden.

“I operate under the banner that I can go anywhere I choose to go if I have a purpose. That’s my guideline,” he said. “But sometimes people don’t want to be involved where there’s drinking. This will give that opportunity for a clean environment.”

“It’s coming together. We have about 12 volunteers now,” Jefferson said. “It’s being driven by forces bigger than me.”