FROM THE ARCHIVES: Sex, Drugs, And… Sex 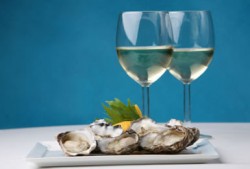 The search for aphrodisiacs is an ancient, if not always venerable, human pursuit. Named for Aphrodite, the Greek goddess of love, aphrodisiacs are compounds that have the reputation, real or imagined, of increasing sexual desire, pleasure, and potency. It’s safe to say that rhinoceros horn or tiger penis-various forms of sympathetic magic-just don’t reliably do the trick.

Writing in Hormones and Behavior, a group of Canadian behavioral neurobiologists recently concluded that “substantial clinical and epidemiological literatures suggest that [stimulants and depressants] either inhibit sexual responding or can be ‘prosexual’ in certain situations, thereby increasing the potential of risky sexual activity and the spread of sexually transmitted diseases.”

In other words, recreational drugs either sex you up, or they decrease your sex drive. And they either do or do not lead to risky sexual behavior among young people.

Not too promising a start. Nonetheless, JG Pfaus and coworkers at Concordia University’s Center for Studies in Behavioral Neurobiology examined more than 100 studies based on animal models, and teased out some commonalities:

Yes, well, Shakespeare said it best. Macbeth proclaims at one point that alcohol “provokes the desire but it takes away the performance.”  As with mice, so with men and women. In animal studies, low doses of alcohol increase sexual desire, moderate doses intensify those effects, and a high dose extinguishes the impulse altogether. Male rodents, too, are subject to Brewer’s Droop.

With the opiates, the story is much the same. In a National Institute on Drug Abuse (NIDA) study, the title of which–“Methadone reduces sexual performance and sexual motivation in the male Syrian golden hamster”–remains a classic, researchers found that after a dose of methadone, the critters were definitely disinclined to copulate. In general, systemic morphine inhibits sexual behavior in rats, mice, dogs, even donkeys. Animals don’t want to do it on opiates. Females stop engaging in “proceptive pacing and solicitation.”

And naturally, you’re wondering about the sex lives of castrated Japanese quail. Researchers managed to get them copulating again with the opioid antagonist naloxone. (Testosterone implants also work.)

Although it sometimes seems laughable, there is a good argument to be made for the use of animals for modeling certain aspects of human sexual behavior. Stripped of cultural and complex social overlays, animal studies afford an opportunity to focus relentlessly on the biological. But enough for now on the fascinating topic of rats having sex on drugs.

In studies of men and women, Pfaus found that alcohol “dose-dependently delayed ejaculation, reduced the intensity of orgasm, and decreased both physiological and subjective measures of sexual arousal. Nearly identical effects were observed in women, although alcohol increased, rather than decreased, their subjective levels of sexual arousal.” The nastiest example of alcohol’s effect on sex may be the blood vessel and nerve damage, sometimes permanent, known as chronic alcohol impotence. Alcohol damage can disrupt communication between the pituitary gland and the genitals-and that can’t be a good thing. Heavy smoking also reduces circulation to the blood vessels in the genitals.  Heavy smokers and drinkers often report impotence or continuing sexually disinterest even when they have been sober and smokeless for a while.

Alcohol’s effect on sexual performance is no secret, of course. But Pfaus also concludes that, in general, “drug use debilitates sexual responding in the majority of situations.”

He means the whole pantheon, the entire roster of usual suspects: Why would drugs like cocaine, marijuana, amphetamine and oxycontin all have an overall negative effect on sexuality? Do hashish and cocaine, common “love potions” found in classical literature, boost sexual ardor, or do they have the opposite effect?

The following is a mix of anecdotal data and clinical reporting related to common addictive drugs and other “drugs of abuse.”

Cocaine: Equivocal. Users often report increased arousal and ease of orgasm. However, exactly the opposite effect is known to occur in heavy regular users.

Heroin/Oxycontin/other Opiates: Lowered libido and difficulty achieving orgasm are the norms. Yet even in this rather clear-cut case, there is no unanimity of opinion or experience. The familiar pattern is in evidence–a little bit might temporarily add some oomph to your sex drive. Heavier use is likely to lay a thick blanket across your libido.

Heroin is a strange case: In a 2003 study of women in methadone maintenance treatment programs, published inAddictive Behaviors, several different themes emerged: “Some women believe that drugs, particularly heroin, increase their sexual performance, libido, and pleasure, but for others, drugs, particularly crack cocaine, inhibit their sexual performance and desire. Many of the women believe that crack cocaine and heroin enhance a man’s sexual desire, performance, and pleasure. However, other women deem that these drugs are responsible for their partner’s abusive and coercive behavior.” The effect of drugs on rates of sexual violence varies. Differential effects can be found in every aspect of the effect of drugs on sexual behavior, for the same reason that individuals vary in their response to these drugs. Metabolisms are not all the same.

Amphetamine: The stimulant rush can amp up sexual encounters; heavy use leads to desensitization and difficulty achieving orgasm. Intense but sometimes rather psychologically detached sex sessions can lead to everything from genital chafing to the classic “fuck knot” of tangled hair sometimes produced by a prolonged bout of missionary-position intercourse.

If the usual roster of recreational drugs cannot be counted on to perform as aphrodisiacs, there are always efforts underway to identify “prosexual” drugs and natural sex-enhancing nutrients. Among the contenders:

Bromocriptine (Parlodel): This drug is used to treat pituitary tumors and Parkinson’s disease. It reduces prolactin, which is associated with age-related impotency in men. However, the dosage level required for the effect can cause unpleasant side effects.

Gamma-hydroxybutyrate (GHB): This one has been abused in the U.S. for its euphoric, sedative, and anabolic (body building) effects. It triggers the release of growth hormone from the pituitary. Not recommended. Combining GHB with alcohol sometimes leads to nausea and breathing problems.

DHEA: Big hopes were recently riding on this hormone. Sorry to say, Pfaus reports that in aging males, DHEA “had only transient effects in a well-controlled, double-blind study.” Women had some promising hormonal news in the early going: “Mixed estrogen/androgen replacement to postmenopausal women improved measures of sexual desire, satisfaction, and frequency of sexual activity, compared with treatment with estrogen alone.”

Yohimbe: Operating on a different receptor, this plant drug, long considered an aphrodisiac, pulls norepinephrine into the picture, at least in men. Yohimbine is an adrenoceptor agonist that fairly reliably turns on male rat mounting behavior and is reputed to be an effective sexual enhancer for some men.

Deprenyl (Seliginine): A dopamine booster, which also acts as a weird MAO inhibitor and is used for Parkinson’s and depression, l-deprenyl has a reputation as a so-called smart drug, and is popular with life extension enthusiasts. It also markedly improves the sex lives of older rats.  Another one with side effects to beware of.

There are also reports that L-dopa, used in patients with Parkinson’s disease, increases sexual interest in the elderly. (But L-dopa has a number of undesirable side effects, too.) Apomorphine, a dopamine receptor agonist, increases the “likelihood of spontaneous erections.”

In animal models, a variety of dopamine-active drugs generally have positive effects on the sexual behavior of rodents.  As might be expected, drugs that block or reduce dopamine transmission also reduce sexual displays in animals. Our friend Drosophila melanogaster, the common fruit fly, doesn’t get in the mood when it is dopamine-depleted, a state that can be reversed with L-dopa. Give a virgin male rat a good dose of D-amphetamine and it is off to the races, its surge of sexual excitement cause bydopamine release in the nucleus accumbens. In women, “the ability of estrogen to stimulate dopamine release and to augment dopamine release and behavior in response to amphetamine has been well established,” according to James G. Pfaus and Barry J. Everitt in “The Psychopharmacology of Sexual Behavior.” But the specific mechanism by which this happens has not been identified.

As for serotonin, Pfaus and Everitt find “minimal methodologically-sound evidence on the effects on human sexuality of manipulating the serotoninergic system.” So serotonin appears not to have much to do with sexual activity directly. In fact, it can have a negative effect, as users of SSRI antidepressants like Prozac have discovered. The common symptom in this case is difficulty achieving orgasm.  Serotonin at 5-HT receptors inhibits sexual impulses in women as well as men.

In the end, Pfaus maintains that the best way to get male rats back in action after a strenuous day of copulation is “a combination of the nonspecific dopamine receptor agonist apomorphine and the adrenergic receptor antagonist yohimbine.”