An Assortment Of Drug-Related Articles 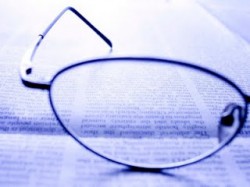 * Here’s an article I wrote awhile ago for Brain Blogger, called “Why Do Schizophrenics Smoke Cigarettes?” The comments alone are worth a look. Spoiler: Schizophrenics smoke cigarettes because nicotine helps quell both audio and visual hallucinations.

* One of the very early posts here at Addiction Inbox, called “Marijuana Withdrawal,” transformed itself into a self-help support board over time, with lengthy and enlightening comments appended to a short original post about the symptoms of marijuana dependency. The post has accumulated more than 1,000 comments at this writing, and is still going strong. Have a lookhere.

* The title of the Dutch study, published in the journal Alcohol and Alcoholism, is unambiguous: “Alcohol Portrayal on Television Affects Actual Drinking Behaviour.” But the dirt, as always, is in the details. My article at Adi Jaffe’s All About Addiction site.

* This feature of mine about synthetic marijuana products like “Spice” ran last month at The Fix, where I am now serving as senior contributing editor.

* I contributed a comment or two to this follow-up piece on synthetic cannabis that ran in theNew York Daily News.

* Also at The Fix, that irritating fraud James Frey gets his ass totally kicked by Time Healthland’s Maia Szalavitz, who demands that he apologize to addicts for all the harm he has done their cause in this article. Great stuff.

* Here’s a hard-hitting excerpt from James Brown’s phenomenal addiction memoir, This River, which redeems the entire genre from the likes of James Frey. Read the harrowing “Instructions on the Use of Heroin.”

* Science of Blogging is a great site that regularly features interviews with, you guessed it, science bloggers. Travis Saunders was kind enough to do aQuestion and Answer session with me recently.

And here are a dozen recent blog posts by yours truly over at the The Fix:

2C-E, a research hallucinogenic best left to the professionals, may have killed two people in Oklahoma.

From the Hold Steady to the Rolling Stones to Nine Inch Nails: best all-time recovery songs.

Saving OD Victims May be Illegal in Your State

Lawmakers argue over how to do the right thing for people who do the wrong thing.

As bodies pile up in Mexico’s drug war, murdered children account for over 1,000 deaths.

The internet giant may pony up some serious dough for promoting prescription-pill abuse.

Provocative Penn psychologist wonders what would happen if our health care system treated diabetics like it treats most addicts. Nothing good.

Cigarette trafficking is now so lucrative that organized drug and gun smuggling operations want in on the action.

Do Alcoholic Students Score Better on Tests if They Stay Drunk?

How does alcohol affect memory? New research suggests that students perform much better on tests when their “memory states” match.

A Toast to the Black Monk of Thamkrabok

For over 30 years, a charismatic Vietnam vet and mercenary named Gordon Baltimore helped hardcore addicts recover with a controversial regimen at a Thai monastery. A former heroin addict, he died last week at the age of 60

Charity Pays Thousands of Addicts to Get Sterilized

An American “charity” is paying thousands of U.S. drug addicts not to have children. Buoyed by its success, the group has moved on to Britain. Now Denmark may be taking up the trend.

An officially-sanctioned injection site for heroin and cocaine addicts in Vancouver prompts a dramatic fall in death rates. So why is the Canadian government so dead-set against it?

Thank you and good night.