The Biology Of Stimulants, Or Why You Can’t Stay High Forever 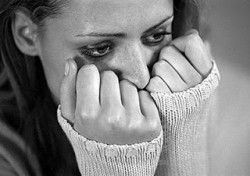 An essay on the losing battle for perpetual reward. The amphetamine high, like the cocaine high, is a marvel of biochemical efficiency. Stimulants work primarily by blocking the reuptake of dopamine molecules in the synaptic gap between nerve cells. Dopamine remains stalled in the gap, stimulating the receptors, resulting in higher dopamine concentrations and greater sensitivity to dopamine in general. Since dopamine is involved in moods and activities such as pleasure, alertness and movement, the primary results of using cocaine or speed-euphoria, a sense of well being, physical alertness, and increased energy-are easily understood. Even a layperson can tell when lab rats have been on a meth binge. The rapid movements, sniffing, and sudden rearing at minor stimuli are not that much different in principle from the outward signs of meth intoxication among higher primates.

Chemically, cocaine and amphetamine are very different compounds. Psychoactively, however, they are very much alike. Of all the addictive drugs, smoked cocaine and speed have the most direct and most devastatingly euphoric effect on the dopamine systems of the brain. Cocaine and amphetamine produce rapid classical conditioning in addicts, demonstrated by the intense cravings touched off by such stimuli as the sight of a building where the user used to buy or sell. Environmental impacts of this nature can produce marked blood flow increases to key limbic structures in abstinent addicts.

In clinical settings, cocaine users have a hard time distinguishing between equal doses of cocaine and Dexedrine, administered intravenously. As we know, it is the shape of the molecule that counts. The amphetamines are shaped like dopamine and norepinephrine, two of the three reward chemicals. Speed, then, is well suited to the task of artificially stimulating the limbic reward pathway. Molecules of amphetamine displace dopamine and norepinephrine in the storage vesicles, squeezing those two neurotransmitters into the synaptic gap and keeping them there. By mechanisms less well identified, cocaine accomplishes the same feat. Both drugs also interfere with the return of dopamine, norepinephrine, and serotonin molecules to their storage sacs, a procedure known as reuptake blocking. Cocaine works its effects primarily by blocking the reuptake of dopamine.

Amphetamine was once one of the most widely prescribed drugs in the pharmacological cornucopia. It exists in large part now as a recreational drug of choice, abuse, and addiction. The same is true of cocaine. It was replaced as a dental anesthetic long ago, in favor of non-addictive variants like Novocain. The same tragic list of statistical side effects that apply to abusers of alcohol, heroin and nicotine also apply to stimulant abusers: Increased risk of car accidents, homicides, heart attack, and strokes.

In the late 1990s, scientists at Johns Hopkins and NIDA showed that opiate receptors play a role in cocaine addiction as well. PET scans demonstrated that cocaine addicts showed increased binding activity at mu opiate receptors sites in the brain during active cocaine addiction. Take away the cocaine, and the brain must cope with too many empty dopamine and endorphin receptors. It is also easy to understand the typical symptoms of cocaine and amphetamine withdrawal: lethargy, depression, anger, and a heightened perception of pain. Both the cocaine high and the amphetamine high are easily augmented with cigarettes or heroin. These combinations result in “nucleus accumbens dopamine overflow,” a state of neurochemical super saturation similar to the results obtained with the notorious “speedball”-heroin plus cocaine.

With the arrival of smokable forms of cocaine and amphetamine, the race to pin down the biology of stimulation became even more urgent. Stimulants in smokable form-crack and ice-are even more rapidly addictive for addiction-prone users. “The reason has to do with the hydraulics of the blood supply,” a researcher at the University of Minnesota explained to me. “High concentrations are achieved with each inhalation, and sent right upstairs to the brain-but not all of the brain simultaneously. The target of the flow of blood is the limbic system, whereas the remainder of the brain is exposed to much milder concentrations.”

This extraordinarily concentrated jolt to the reward center is the reason why smokable cocaine and speed are able to pack such a wallop. The entire range of stimulative effects hits the ventral tegmental area and associated reward regions of the brain in seconds, and the focused nature of the impact yields an astonishingly pleasurable high.

But the long-term result is exactly the opposite. It may sound dour and religious, but the scientific fact of the matter is that continuous chemical pleasure extracts its fee in the end: The body’s natural stock of these neurotransmitters starts to fall as the brain, striving to compensate for the artificial flooding of the reward center, orders a general cutback in production. At the same time, the receptors for these neurotransmitters become excessively sensitive due to the frequent, often unremitting nature of the stimulation.

“It’s clear that cocaine causes depletion of dopamine, norepinephrine, serotonin-it is a general neurotransmitter depleter,” said my research source.“That may account for many of the effects we see after someone has stopped using cocaine. They’re tired, they’re lethargic, they sleep; they may be depressed, moody, and so on.” Continued abuse of stimulant drugs only makes the problem worse. One reason why cocaine and amphetamine addicts will continue to use, even in the face of rapidly diminishing returns, is simply to avoid the crushing onset of withdrawal. Even though the drugs may no longer be working as well as they once did, the alternative-the psychological cost of withdrawal-is even worse. In the jargon used by Alcoholics Anonymous, addicts generally have to get worse before they can get better.

When addicts talk about “chasing a high,” the metaphor can be extended to the losing battle of neurotransmitter levels.