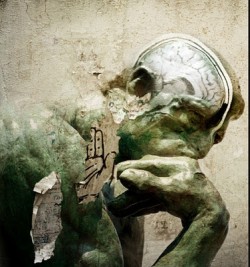 The science of addiction and the technology of brain scans have both developed exponentially in the past two decades. The search for specific neurobiological markers for addiction was made possible by positron emission tomography, better known as the PET scan. Known more casually as the PET/CT scanner, the device was named the Invention of the Year in 2000 by Time Magazine. (The CT scan, for computerized tomography, uses an X-ray machine and a contrast die to measure absorption rates in different brain areas.)

The idea of a PET scan is simple: Doctors inject test subjects with radioactively tagged glucose, which passes the blood-brain barrier with ease. The more electrochemically active portions of the brain burn extra glucose for energy. So, by noting precisely where the tagged glucose has gone, and converting that information into a digital two-dimensional array, a PET scan serves as a neurobiological map of brain activity in response to specific stimuli. Functionally, PET scans are admittedly imperfect pictures of the brain, showing general areas that “light up” during the performance of a task, or in response to a drug. Technically, a PET scanner is detecting gamma rays given off when particles from the radioactive tracer collide with electrons in the brain. A variation on this approach is the SPECT scan (single photon emission tomography).

The neuroimaging techniques that followed, like nuclear magnetic resonance imaging, or MRI, provided an additional level of analysis. MRI machines look similar to PET scanners, but are essentially large magnetic field generators. They were originally known as NMRIs, for nuclear magnetic resonance imagers, but the “nuclear” part seems to have disappeared over the years. MRI scans don’t involve radioactive tracers-they track blood flow, often by means of a contrast agent. Hydrogen, a major component of water and blood, gives off identifiable energy signatures when surrounded by giant magnets. If an area of the brain is showing increased activity, it means that somewhere in that area, some brain cells are demanding more oxygen.  A rush of blood to that area supplies it, an MRI scan detects it, and a computer plots it.

With PET and MRI scans, scientists could study the brain as a set of molecules in motion. They could create a three-dimensional picture of the brain, with the sagittal, transaxial and coronal planes all visible at once-almost a brain hologram. Addiction scientists could watch tiny areas of the brain light up with activity under the influence of specific mood-altering chemicals. Two areas of the brain were of particular interest. One was the nucleus accumbens, which was involved in the regulation of dopamine and serotonin synthesis. The other was the locus ceruleus-a tiny area of the brain saturated with cells involved in the production and release of the neurotransmitter norepinephrine.

Alcohol, cocaine, the opiates, and other drugs made the nucleus accumbens and associated regions bloom with activity on the MRI and PET scans. These early snapshots of your brain on drugs specifically showed that psychoactive drugs of abuse, the ones that altered mood and emotion, did so at the very sites in the brain known to be involved in regulating emotional states and primary drives. Without scans, scientists would not have been able to confirm the workings of the brain’s reward system in specific anatomical detail.

As a rule, the same areas of the brain tended to light up no matter what addictive drug was under study. Whether it was a molecule of stimulation, or a molecule of sedation, sooner or later it went surging through the diffuse aggregation of mid-brain structures involved with emotion, memory, mood, sleep, and a host of specific behaviors ranging from appetite to risk-taking.

That the subjects also showed similar brain activity when they quit doing drugs was of equal interest in the beginning. Early work by Dr. Kenneth Blum at the University of Texas Health Science Center and others demonstrated that certain characteristic forms of brain activity took place in the locus ceruleus whenever abstinent addicts experienced strong cravings. The locus ceruleus helps control levels of the original “fight or flight” chemical, norepinephrine, and when an addict in withdrawal panics, the locus ceruleus lights up. Other studies of the nucleus accumbens showed abnormal firing rates in scanned addicts who were deep into an episode of craving. Drug hunger in abstinent addicts, it appeared, was not all in the head, or strictly psychological. Cravings have a biological basis, and brain scans helped to clinch the case.