Essay: The Genuine Drug War Is In Biomedicine 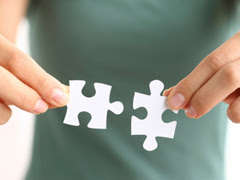 Knowledge, not firepower, is the key to the future.

In modern American society, heart disease, cancer, HIV\AIDS, diabetes, alcoholism, and cigarette addiction account for millions of deaths. They are all disease entities with strong psychological and behavioral components-complicated, multicellular, multi-organ disorders. But they have all been associated, at one time or another, with negative personality traits and moral flaws. The less we know about the mechanics of a human disorder, the more likely we are to view its external symptoms as signs of laziness, or neuralgia of the spirit, or as a form of damage caused by specific kinds of thoughts and emotions. Without a doubt, all kinds of flaws are sometimes expressed in the behavior of people who have these disorders. Yet none of these flaws can be considered the root cause of the diseases.

Addiction is being added to the roster of physical disorders once thought to be symptoms of insanity, but which are now seen to be disease entities with strong mental components, like most diseases. As Professor Felton J. Earls of the Harvard School of Public Health argued almost twenty years ago: “Until we have an Institute of Addictive Behaviors, we are not going to get very far on the public-policy issues because we will not have our science-policy issues properly aggregated and organized in order to move forward on the issues in any meaningful way.”  Witness the tangle over merging NIDA and the NIAAA, and you’ll have a good idea of how far we still have to go in this respect.

The genuine drug war is being fought in the arena of biomedicine. The New York State Division of Substance Abuse Services in Albany  estimated several years ago that the annual bill for successfully treating a single drug addict is $3,850, compared with $14,000 in estimated annual expenses- health, welfare and law enforcement costs-associated with one untreated addict. The real crisis is the indisputable fact that there exists today an appalling shortage of funds for biomedical research-ironically one of the fields of scientific endeavor in which the U.S. holds a clear lead.

The cause of the dilemma is a fundamental misunderstanding among politicians and the public about how diseases can be understood and conquered. Cross-fertilization among scientific disciplines yields unexpected results. Targeted research, such as the much-ballyhooed war on cancer, or the crash program to find a cure for A.I.D.S., is not necessarily the most desirable way to proceed. Insights come from unexpected places, in serendipitous ways. As the scientific understanding of cells and receptors deepens, diseases and disorders once thought to have unrelated causes are seen to have common and entirely unanticipated origins. Research into the viral mechanisms of the common cold may ultimately yield more insights into AIDS then all of the directed research now underway. In biomedicine, there is no guarantee that goals can be reached through the front door, by a systematic assault akin to an engineering project. We cannot, for example, hope to cure addiction, or even the common cold, by means of the same methods we used to put a man on the moon.

There are, however, certain things we can begin to do immediately, if, as a nation, we are serious about drug abuse. As a society, Americans have not done a very good job of laying the groundwork for an objective look at addiction and recovery. To begin with, we must attend to the staggering number of drug-related deaths, injuries, and hospitalizations caused by the abuse of prescription medications. The government itself has proven the case for this contention in numerous reports issued by the National Institute on Drug Abuse and other official bodies. According to the U.S. Department of Health and Human Services, “Older Americans account for more than half of all deaths from drug reactions,” leading one to suspect that the majority of drug fatalities stem from accidentally fatal overdoses by heavily medicated senior citizens. Our national fixation on illegal drugs has blinded us to certain verifiable facts about prescription drug abuse.

We also need to recognize the problem of underprescribing opiates and other addictive painkillers for children and adults in hospital settings. If we continue to stringently prohibit the use and sale of synthetic and designer drugs like methadone, morphine, amphetamines, and barbiturates, we will have to make one important exception: pain abatement in medical applications. One of the great scandals to come out of the drug war is the growing understanding that potent painkillers are not being offered in sufficient amounts to patients suffering intractable and agonizing pain.

“There’s a certain amount of hysteria about narcotics among doctors,” maintains one researcher. At least half of all cancer patients seen in routine practice report inadequate pain relief, according to the American College of Physicians. For cancer patients in pain, adequate relief is quite literally a flip of the coin.

At least 6 million cancer and AIDS patients currently receive no appropriate pain treatment of any kind. In addition, WHO estimates that four out of five patients dying of cancer are also suffering severe pain. The numbers of untreated patients suffering intractable, unrelieved pain from nerve damage, burns, gunshots, sickle cell anemia, and a host of other medical conditions can only be guessed at.

Figures gathered by a different U.N. agency, the International Narcotics Control Board, make clear that “citizens of rich nations suffer less.” To put it starkly, the use of morphine per person in the United States is 17,000 times higher than per person usage in Sierra Leone. Doctors in Africa paint a grim picture of patients hanging themselves or throwing themselves in front of trucks as an alternative to life without pain relief. The U.S., Canada, Britain, France, Germany, and Australia together account for roughly 80 per cent of the world’s medicinal morphine use. Other countries, particularly the poor and undeveloped nations, scramble for what’s left.

— Adapted from The Chemical Carousel, by Dirk Hanson