An Interview With Pharmacologist David Kroll 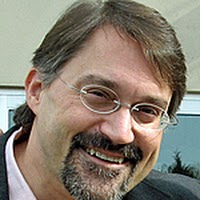 On synthetic marijuana, organic medicines, and drugs of the future.

Back in July, Addiction Inbox ran a fascinating 5-question interview with clinical and research psychologist Vaughan Bell. The post touched on abnormal brain function, drugs, hallucinations, and addiction. It was a blast.

The huge and multi-talented staff here at Addiction Inbox has hopes of making this a semi-regular feature, since there is no shortage of interesting and accomplished people out there who can sometimes be successfully pestered into answering broad-ranging questions about drugs and addiction for an obscure science blog.

Herewith, a 5-question interview with pharmacologist David Kroll, Ph.D., Professor and Chair of Pharmaceutical Science at North Carolina Central University in Durham, and a well-known blogger in the online science community.

A cancer pharmacologist whose field is natural products-he’s currently involved in a project to explore the potential anticancer action of chemicals found in milk thistle and various sorts of fungi-Dr. Kroll received his Ph.D. from the University of Florida, and completed his postdoctoral fellowship in Medical Oncology and Molecular Endocrinology at the University of Colorado School of Medicine. He went on to spend the first nine years of his independent research and teaching career at the University of Colorado School of Pharmacy, where he taught all aspects of pharmacology, from central nervous system-active drugs, to anticancer and antiviral medications. He has also worked as a research pharmacologist for the Research Triangle Institute, and for SmithKline and French Laboratories. He’s responsible for Terra Sigillata-a natural products pharmacology and chemistry blog-and Take As Directed, his personal blog. He is also co-author of Breast Cancer Recurrence and Advanced Disease: Comprehensive Expert Guidance.

1. You’ve been writing about the new synthetic marijuana products on your blog, Terra Sigillata, since they first leaked into the drug underground. Can you briefly explain the origin of these “fake” cannabis chemicals, and the work done by the Huffman lab?

Every area of CNS pharmacology has chemists who try to figure out the smallest possible chemical structure that can have a biological effect. In fact, this is a longstanding practice of any area of pharmacology. Huffman was an excellent chemist who in the 1990s was trying to figure out the most important part of the active component of marijuana that might have psychotropic effects. These compounds made by him and his students, surprisingly simple ones, I prefer to call cannabimimetics since they mimic the effect of the more complex cannabinoids in marijuana. These basic chemistry and pharmacology studies are what ultimately lead to new drugs in every field – a facet of chemistry called “structure-activity relationships” or SAR.

But since they are simple, they are relatively easy to make – some of Huffman’s work at Clemson was actually done by undergraduate chemistry majors. So, it was no surprise that they would be picked up by clandestine drug marketers, even though cannabis (UK) and marijuana (US) are freely available. The attraction to users was, until recently, that Huffman compounds (prefixed with “JWH-” for his initials) could not be detected in urine by routine drug testing. Hence, incense products containing these compounds have been called “probationer’s weed.”

2. In a recent guest blog post for Scientific American titled “Drugs from the Crucible of Nature,” you remind us that several hundred common drugs are modified natural products. What stands in the way of discovering, isolating, and testing more of these plant drugs?

Fully 25% of all pharmaceuticals can trace their roots to natural products: chemicals made by plants, bacteria, fungi, and marine creatures that possess biological effects in mammals. The first ones we recognized as humans were those which altered our perception of reality or our ability to adapt to the strenuous, pre-modern life: hallucinogens for religious purposes and stimulants to support physical activity and suppress hunger. Over time, we found other drugs that treated pain (opiates), heart failure or “dropsy” (digitalis), or cancerous lesions (podophyllin from the Penobscot Native Americans).

We know today that natural products have much greater chemical diversity than drugs made by man and are useful additions to the study of new drug targets. However, naturally-occurring drugs sometimes have major drawbacks: they are difficult to make in the laboratory or require large amounts of their natural source to be commercially viable, they can have undesired effects that may not be apparent from traditional uses, or they require chemical modifications to be safer, more resistant to metabolism, and to become patentable intellectual property.

Over the last 10-15 years, the short-term, investor- and market-driven view of pharmaceutical companies has led the big firms to eliminate their natural product research programs. Today, much of the discovery of naturally occurring drugs has been left to academic researchers and small companies where many former pharma researchers reside. Once we get compounds that may be viewed as “druggable” by the pharmaceutical industry or the National Cancer Institute (in the US), they can then move to clinical trials.

3. Psychoactive plant drugs like the poppy played a major role in the development of modern pharmacology and neurology. One school of thought says that psychoactive drugs are overprescribed, addictive, and ineffective panaceas. The other side views such drugs as targeted, effective, and increasingly sophisticated treatments for diseases once thought to be untreatable. Have we become a nation of crazed pill heads, or is this simply pharmaceutical medicine on the march?

I have a middle-of-the-road view on this topic. As you know (and my blog readers will know) my father suffered from alcoholism that was comorbid with clinical depression. Real, biochemically-based depression has been undertreated in Western societies, in part due to the stigma that admitting mental disorders is somehow viewed as compromising one’s intellect. Nothing could be farther from the truth, of course. Some of the most brilliant and creative minds in all fields have suffered from depression, mania, and, sadly, ended their lives early by suicide.

So, drugs certainly have their place for those unfairly dealt a hand of bad brain biochemistry. We should not view this as any worse than getting the bad genes for hypertension or diabetes. The problem seems to be those with mild-to-moderate psychiatric disorders, many of which can be managed without drugs but that require personal effort in the form of psychotherapy, cognitive behavioral therapy, or other flavors of hard, personal work. As Americans, what do we want? The hard work or the pill? If we want to lose weight, do we want exercise, caloric restriction, or a pill? Hence, we are the ones who are complicit with pharmaceutical companies. We want the pill rather than the hard work and the companies supply that demand. Anyone who doesn’t realize that we as a society facilitate what we demonize in pharmaceutical companies is just simply in denial.

4. It’s increasingly obvious that our legal and cultural approaches to addictive drugs have not been successful. What’s your take on the drug war, and on the problematic distinction between “legal” and “illegal” drugs of abuse?

My primary research field is cancer drugs, but my teaching brings me into the realm of drugs of abuse, simply because so many of those drugs are naturally-occurring. So, my views must be taken in that perspective. In the US, I think that it is morally difficult to justify the legality of addictive drugs like alcohol and tobacco while restricting other psychoactive compounds. I do not advocate for other drugs to be used recreationally. I just feel that US laws need to be consistent. Our experiment with criminalizing alcohol was an abysmal failure that fostered organized crime. Our continued experiment with criminalizing other drugs has been equally a failure. However, I am very much against a libertarian argument that society should be free to determine what they want because, frankly, many drugs impair one’s decision-making ability.

But I like your question: many drugs declared illegal for recreational use are among the most useful therapeutics for pain, especially the pain associated with surgery and cancer. My greater humanistic concern is that our society’s zero tolerance approach to drugs that “could” be illegal is that people who need them for their desired effect often go without.Undermanagement of pain is the major casualty of the war on drugs. No, let me fix that. People who suffer unnecessarily from pain when useful drugs could be used are the major casualties of the war on drugs.

5. What’s going on in pharmaceutical research these days that has you excited?

When I was graduating with my toxicology degree in 1985 from the Philadelphia College of Pharmacy and Science, I asked my chairman Dr. Gary Lage where I should expect new drugs to come from. His words of wisdom were that I should pay close attention-not to drug companies, but rather to major advances in physiology. Learning that the kidney played a role in red blood cell count led to the use of erythropoeitin for anemia caused by renal failure and chemotherapy.

Today, I see major drug targets in the epigenome-the part of genetics that is affected by environmental influences. We are all stuck with the static part of our inherited DNA-the exact base sequences and their polymorphisms and mutations. However, we’re learning that those things can be modified by diet, environmental exposures, and, yes, drugs. The epigenome is a broad target for a multitude of diseases, never more complicated but never more promising.