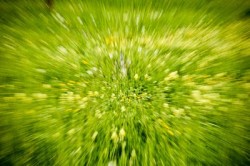 After taking a dose of mescaline in 1898, the writer Havelock Ellis reported that he experienced a heightened sensitization to “the more delicate phenomena of light and shade and color” for a prolonged period after his drug experience. John H. Halpern and Harrison Pope of the Alcohol and Drug Abuse Research Center at Harvard Medical School think that the published report of his experience may represent the first description of what came to be known as a hallucinogenic “flashback.”

In “Hallucinogen persisting perception disorder: what do we know after 50 years?” authors John Halpern and Harrison Pope, Jr. make a distinction between HPPD, as it’s known for short, and the common term, “flashback.” Writing in Drug and Alcohol Dependence, the Harvard Medical School researchers concluded that “the term ‘flashback’ has been defined in so many ways that it has become virtually useless.” A flashback typically refers to a short-lived, transient, and generally benign re-experiencing of perceptual changes that accompanied hallucinogenic drug use. Hallucinogen persisting perception disorder, on the other hand, includes this re-experiencing of visual symptoms–but also results in anxiety and distress. No anxiety, no HPPD. Without that diagnostic element, you have only your garden-variety acid flashback.

Halpern and Pope collected available reports of the phenomenon, most of which were anecdotal, and at least 20 years old. Most, but not all, involved LSD. What manner of visual alterations are we talking about? Halpern and Pope list such symptoms as “geometric hallucinations, false perceptions of movement in the peripheral visual fields, flashes of color, intensified colors, trails of images of moving objects, positive after images, halos around objects,” and objects appearing larger or smaller than they actually are.

Problems of diagnosis abound. Various conditions and substances can present symptoms that sometimes mimic the symptoms of HPPD-epilepsy, migraine, certain neurological conditions, hysteria, other drugs, schizophrenia, and some mood disorders. Also, “perceptual phenomena should be sufficiently striking to be outside the range of normal experience.” Seeing bright spots in front of your eyes when you enter a dark room doesn’t count, for example.

The authors note similarities between the anxiety caused by hallucinogen persisting perception disorder and posttraumatic stress disorder (PTSD): “Several investigators have published theoretical articles surmising that ‘flashbacks’ reflect lasting memories from the unusually distinct and powerfully emotional experiences induced under hallucinogen intoxication.”  In the case of LSD, the classic “bad trip” qualifies in this respect. Curiously, the authors found that “individuals administered LSD in therapeutic or research settings are far less likely to develop HPPD than individuals using LSD illicitly.” Moreover, a study of 500 members of the Native American Church, who had taken peyote more than 100 times, found no evidence of HPPD in that group.

Despite the diagnostic uncertainties, and the rarity of the condition, “it seems inescapable that at least some individuals who have used LSD, in particular, experience persistent perceptual abnormalities reminiscent of acute intoxication” that cannot be better explained by other conditions, and which last for weeks or months after the last exposure to hallucinogens.

Some researchers believe that persistent flashbacks are due to “disinhibition of visual processing related to a loss of serotonin receptors on inhibitory interneurons.” Which is one way of suggesting that HPPD might representneural damage in some cases. Others see some form of neurological “kindling” effect that ignites a replay of visual effects.  In either case, one would expect to see higher rates of HPPD in heavy users, compared to more casual users-but this does not appear to be the case.

In an interview published at NeuroSoup.com, Dr. Halpern said that people suffering from HPPD seem to be photosensitive-light acts as a trigger for the reactivation of the symptoms. Halpern proposed a theory that “there is probably something different in the visual cortex of these individuals that pre-date use of an hallucinogen…. people will describe seeing ‘floaters’ in their field of vision as a child and/or that they had visual disturbances that also predated first use of a hallucinogen. So, while there may be something about LSD and HPPD, there may also be some things that are unique to this population of users, as well.”

Halpern notes that prescribing antipsychotics for HPPD “is usually not necessary or a good choice.”  And there are no confirmatory tests for the condition. He believes that the best medicine for troubling flashbacks is “reassurance.” The symptoms typically resolve without treatment within a few months for most people who seek medical attention for flashbacks. Also, this tip: “My favorite treatment is a simple pair of sunglasses. Most people with HPPD describe symptom activation or maddeningly increased intensity of symptoms when they are in bright light… Sunglasses definitely are helpful.”