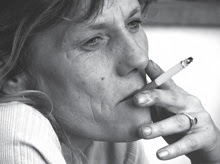 Is it “Inhumane” to Take Cigarettes Away from Schizophrenics?

In an article for Brain Blogger a couple of years ago, I looked into the astonishing fact that, as a typical study of impatient smoking among schizophrenics in Britain revealed, about 80-90% of the patients diagnosed with schizophrenia were cigarette smokers. Given that the running rate in the general population hovers around 20-25% on average, this is really quite amazing. It seems clear that nicotine is doing something for a schizophrenic that makes cigarettes into a form of self-medication that almost all schizophrenics apparently discover at one time or another.

A review of relevant studies through 1999, undertaken by Lyon and published in Psychiatric Services, shows unequivocally that schizophrenic smokers are self-medicating to improve processing of auditory stimuli and to reduce many of the cognitive symptoms of the disease. “Neurobiological factors provide the strongest explanation for the link between smoking and schizophrenia,” Lyons writes, “because a direct neurochemical interaction can be demonstrated.” According to Lyon, “Several studies have reported that smokers require higher levels of antipsychotics than nonsmokers. Smoking can lower the blood levels of some antipsychotics by as much as 50%…. For example, Ziedonis and associates found that the average antipsychotic dosage for smokers in their sample was 590 mg in chlorpromazine equivalents compared with 375 mg for nonsmokers.”

There is an additional reason why smoking is an issue of importance for health professionals. Dr. Bill Yates at Brain Posts has examined a small study by Michael Allen and colleagues in the American Journal of Psychiatry in which 40 schizophrenic patients were admitted to a psychiatric emergency service, where they were given standard antipsychotic therapy. In addition, the researchers randomly assigned either a 21mg nicotine patch or a placebo patch to the subjects upon admission. As Dr. Yates summarized the results:

—Nicotine patches reduced agitation by 33% in the first four hours and 23% at 24 hours. And the reduction was greater than with either the antipsychotic alone, or in conjunction with the placebo patch.

—Subjects with lower nicotine dependence scores tended to show the most response compared to placebo.

—The effect of nicotine replacement on agitation reduction approached the level seen with standard antipsychotic therapy.

As Yates notes, this finding is “pretty dramatic.” It seems to show that acute nicotine withdrawal only makes the situation worse in a clinical setting. The study authors also argue that stronger patches combined with nicotine gum might quell agitation more quickly and effectively. “Encouraging patients with psychotic disorders and mood disorders to quit smoking is an important general health strategy,” Dr. Yates writes.“However, this study suggests that attempting this during an acute psychotic break is probably counter productive and may be inhumane.”