NIDA On Drugs, Brain, And Behavior 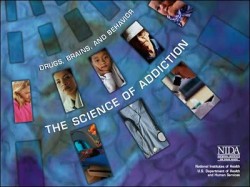 How Science Has Revolutionized the Understanding of Drug Addiction.

Addiction to alcohol, nicotine, and other drugs costs Americans as much as half a trillion dollars a year, according to the National Institute on Drug Abuse. Since the 1930s, when the science of addiction got its start, scientists have consistently battled against a prevailing view of addicted individuals as morally flawed and lacking in willpower. In an effort to dispel myths and keep drug arguments on track, NIDA has released an updated 2010 version of its valuable publication, “The Science of Addiction.” The report is available as a PDF for download.

As a disease that affects both brain and behavior, addiction is indeed the “cunning, baffling and powerful” disease described by Bill W., the founder of AA. Dr. Nora Volkow, director of NIDA, said that despite the plethora of scientific advances being made in addiction medicine, “many people today do not understand why individuals become addicted to drugs or how drugs change the brain to foster compulsive drug abuse. This booklet aims to fill that knowledge gap by providing scientific information about the disease of drug addiction, including the many harmful consequences of drug abuse and the basic approaches that have been developed to prevent and treat the disease.”

Dr. Volkow exhorted Americans to “adopt science-based policies and programs that reduce drug abuse and addiction in their communities, and support scientific research that improves the Nation’s well-being.”

Today, “thanks to science,” writes Volkow, “our views and our responses to drug abuse have changed dramatically. Groundbreaking discoveries about the brain have revolutionized our understanding of drug addiction, enabling us to respond effectively to the problem.”