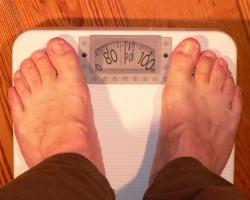 One of the common misconceptions about Overeaters Anonymous is that it is for the obese or people who eat too much. But the 12-step program deals with far more than that.

“The only thing necessary to attend is the desire to stop compulsively overeating or bingeing,” Mark Lafreniere, who heads up an OA program in Huron, South Dakota told the Plainsman.

Members of OA range from the morbidly obese to the anorexic. They obviously have very different issues with which to deal, but they all have one thing in problem – they have some sort of difficulty with food.

“Compulsive eating is not just overeating,” Lafreniere said. “It includes all eating disorders including purging and anorexia.”

Just like with Alcoholics Anonymous, the first thing they all have to do is admit they are powerless over food, and that their lives have become unmanageable.

Lafreniere said OA is not about weight loss, weight gain, obesity or diets. “There are no scales or weigh-ins or diets,” he said.

Instead, the program, offers physical, emotional and spiritual recovery for compulsive eaters.

According to the report in the Plainsman, OA members suffer from different food problems, including: