Paul Williams Is Sober… And Not Dead! 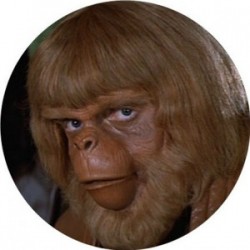 Paul Williams, who I will always remember as Little Enos from Smokey and The Bandit, is still alive and well (he’ll turn 71 this coming Monday) and to my delight very active in recovery (sober since 1990).  In my mind, he was as dead as Colonel Harry Potter from Mash (nope, he is alive) and Burgess Meredith (yep, really dead).   But now, here comes a new documentary about his life, starring… him – Paul Williams: Still Alive.  Even though Williams is out of the spotlight, he still remains extremely active in the music community. In addition to his work as an addiction advocate, he’s also President of The American Society of Composers, Authors and Publishers (ASCAP) and is currently working on new material with the French dance cyborgs Daft Punk.  Check out his website for links to all the outstanding things he is doing in the recovery world.

Some cool things I already knew about Paul Williams:

Some cool things I did not know about Little E:

If you have never seen Phantom of the Paradise and you are over 40 – you should check it out – younger people  will not be able to handle it (maybe the better word is appreciate).