The Saga Of Phen-Fen 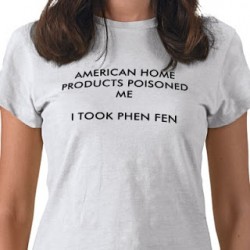 How a blockbuster diet pill died.

It took many years to bring depression and its treatment into the rational light of day. Addiction in the mid-1990s was in the process of undergoing a similar medical transformation. Even so, scientists were wary of pronouncing that overeating was in some cases a treatable chemical disorder.

Obesity, in any form other than pituitary cases, was not typically considered a medical disorder at all. In a 1998 interview with MIT’s student newspaper, The Tech, neurology professor Richard Wurtman recalled that ten years earlier, the major drug companies had shown little interest in a drug treatment for obesity: “They thought that if you were obese, it was your fault.” It was the same view that had prevailed concerning depression, alcoholism, and other drug addictions. Bulimia and carbohydrate craving were no different: a simple failure of will was once thought to explain them all. But everything changed when the serotonin-boosting diet pill called Redux (dexfenfluramine) won full FDA approval in 1996. Redux was the first drug ever approved in the U.S. for the long-term treatment of obesity.

In truth, Ely Lilly and Company did move forward with earlier efforts to win approval of high-dose Prozac for weight loss. That petition had been languishing in the FDA pipeline for years under the trade name Lovan. Back in the late 1980s, when Eli Lilly scientists were investigating rats that consumed fewer calories on fluoxetine, the company called upon Dr. Richard Wurtman, the MIT brain scientist who specialized in the connection between serotonin levels and carbohydrate intake. Scientists at Lilly had become increasingly concerned that the weight loss from Prozac was short-lived, and the mechanism of action remained maddeningly imprecise. For more than a decade, Eli Lilly had pursued Prozac along three separate but related lines of development: depression, weight control, and alcoholism. If you took it for depression, and it worked, you might also lose a few pounds, and drink less. If you took it for bulimia or weight loss, you might also feel better emotionally, and drink less. When the FDA made encouraging noises about Prozac as a new front-line treatment for bulimia in 1994, Eli Lilly followed that indication to market, and again chose not to follow up on weight loss or alcoholism.

Eli Lilly was no longer interested, but Richard and Judith Wurtman were undeterred. As it happened, the couple had already patented a serotonin-active drug of their own-dexfenfluramine-which French laboratories had been testing as a weight loss pill. The Wurtmans went public with a new company, Interneuron Pharmaceuticals, and filed with the FDA to market their weight-loss remedy. The Wurtmans became instant millionaires on paper.

“Diet pills” had always had a somewhat unsavory reputation. Typically, they were amphetamines, or the near-beer equivalent, ephedrine-and neither compound was anything like a healthy long-term answer to chronic overeating. The serotonin-active drugs were a new class of medications altogether. Dexfenfluramine wasn’t addictive, any more than Prozac was addictive. Moreover, fenfluramine was specifically intended for use by people suffering from carbohydrate-craving obesity. But would doctors be able to resist the demands of other patients who just wanted to trim off a few pounds?

Initially, the Wurtmans licensed the serotonin-active weight loss drug to several marketers in Europe, where it met with initial success. After a few small-scale studies, Rochester University in New York published a report showing that the weight loss effect was enhanced when fenfluramine was combined with a drug called phentermine. The resulting combination was widely known as “phen-fen.” As with Prozac, dexfenfluramine was tested as an anti-obesity medication at dosages several times higher than the amount typically prescribed for depression.

Early red flags were raised when Johns Hopkins researchers reported some cases of neurological toxicity in monkeys on dexfenfluramine, but MIT, which shared patent rights with the Wurtmans, was understandably enthusiastic when Redux, as dexfenfluramine became known, won full FDA approval in 1996.

And for many people, Redux worked. In the first six months after its approval, physicians wrote at least two million prescriptions for Redux. The phen-fen combination swept the weight loss industry. Estimates of total users of phen-fen ran as high as six million in the U.S. alone. Doctors and weight loss clinics sometimes prescribed Redux, sometimes the phen-fen combination. Initial earnings estimates were running as high as $600 million a year for the Redux portion of phen-fen, netting MIT between one and five per cent of the royalties.

The euphoria didn’t last long. By the time Redux made the cover of Time, researchers were already rumbling about continued reports of high toxicity and hypertension in rat studies. In addition, the serotonin surge associated with the use of dexfenfluramine caused concerns about pulmonary hypertension. In August of 1997, doctors at the Mayo Clinic in Minnesota reported serious heart valve abnormalities in 24 women taking the phen-fen combination.

A month later, at the FDA’s request, phen-fen and Redux were permanently pulled off the market.  In 2002, American Home Products settled a class action suit on behalf of almost 300,000 phen-fen users for $3.75 billion.As class action suits go, this put it right between the $2.4 billion Dalkon Shield settlement and the $4.5 billion breast implant accords.

What went wrong? Researchers now believe that the two drugs, which were never offered for sale as a single pill, should never have been combined in the first place. Somehow the fact that the phen part of the combination allegedly acted as an MAO inhibitor, and hence should not have been combined with yet another serotonin-enhancing medication, escaped notice. The combination of the two drugs apparently raised blood plasma levels of serotonin to abnormal levels. Too much serotonin in the bloodstream can damage blood vessels in the heart and lungs. Other suspected MAO inhibitors, like St. John’s Wort, or the Chinese herbal remedy ma huang, would not have combined well with Redux or phen-fen, either. Referring to the casual use of Ecstasy, Dr. Rick Doblin drew a parallel with phen-fen in the autumn 1995 issue of the Multidisciplinary Association for Psychedelic Studies (MAPS):

This use of MDMA, though not conducted in the context of a scientifically controlled experiment, does provide an opportunity for a very large epidemiological study. Similarly, over fifty million people have tried a prescription drug called fenfluramine, a diet aid prescribed for daily use for months or years at a time that causes the same kind of neurotoxicity in animals as does MDMA.

The phen-fen disaster highlighted the need to investigate drug synergies thoroughly before combining them as a pharmacotherapy. The phen-fen heart and lung damage may have been related to a potentially toxic condition known as “serotonin syndrome.”

And the Wurtmans? Ironically, Richard and Judith Wurtman had patented the use of Prozac for severe PMS years earlier, and ultimately sublicensed the rights back to Eli Lilly for several million dollars. Eli Lilly disguised the fact that their PMS drug was a case of old wine in new bottles. As Wellbutrin had become Zyban, so Prozac metamorphosed into Serafem, when prescribed for premenstrual syndrome.