Teachable Moments In The Life Of A Cigarette Smoker 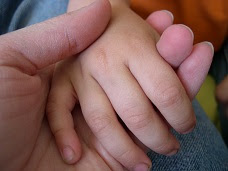 Here’s a strange one: Doctors at Mayo Clinic wanted to find out whether children undergoing surgery had any effect on the smoking behavior of their parents. And it did-but the effect appears to be short-lived.

The Mayo researchers began from the already well-tested proposition that smokers who have surgery are more likely to quit smoking. In fact, they quit at twice the rate of smokers who haven’t had surgery. Not hard to understand, intimations of mortality and all that. They pass through a teachable moment, the scientists write in Anesthesiology, defined as “an event that prompts behavioral change.” As for smokers with kids, doctors have always had recourse to two tactics for creating teachable moments for cigarette cessation. First, they could point to increased illness and asthma in the innocent children of smokers. And when that didn’t work, they could throw in the cold fact that children exposed to secondhand smoke have a higher risk of respiratory complications during and after surgical anesthesia. And in a further queasy irony, “the increased frequency of conditions such as middle ear diseases caused by secondhand smoke may also make it more likely that children will require surgery.”

For documentation, the investigators turned to the massive National Health Interview Survey (NHIS), a questionnaire served up annually to 35,000 households by personal interview. About 12% of children in the NHIS survey in 2005 were exposed to secondhand smoke. Of the thousands of children undergoing surgery, there was an increased likelihood that a parent of one of them would inaugurate a no-smoking attempt. But these quitters were no more likely to succeed in their attempt than any other quitters.

However, “parents having surgery within the previous 12 months was associated with more quit attempts, more successful attempts, and a greater intent to quit among those still smoking.” What happened to the indestructable bond between parent and child? It appears that concerns about one’s own health trump concerns about the health of offspring when it comes to quitting cigarettes. “We can only speculate about why surgery was a significant factor associated with sustained abstinence when experienced by the smoker but not the smoker’s child.”

There are plenty of limitations to these kinds of self-reported surveys, but it is hard not to speculate, along with the researchers. One obvious implication: the chances of a smoker quitting are at their maximum when parent and childboth have surgeries.

“Our current findings suggest that having a child undergo surgery can serve as a teachable moment for quit attempts,” said Dr. Warner.“The scheduling of children for surgery may present us with an opportunity to provide tobacco interventions to parents, who are apparently more motivated to at least try to quit – but who need assistance to succeed.”