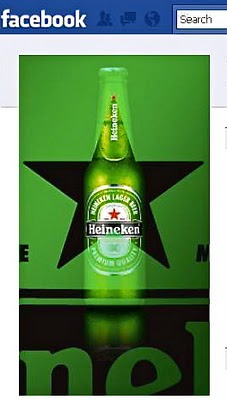 The subtle subterfuge of alcohol advertising.

“To own all routes to sociability; football, music, and everything else that brings the lads together, is to dominate the beer market.”

“Carling Commandments: Thou shalt never abandon your mates in favour of a girl… though shall never desert thy mates in drunken distress, thou shalt always welcome a mate’s mate.”

“Shot used to crank up the evening, accelerate the process of getting drunk with less volume of liquid. Sense of danger. For a pleasure ride or to get blasted.”

When the U.K.’s House of Commons Health Select Committee ordered up a report on alcohol last year, the resulting paper once again put the alcohol industry in the spotlight, after researchers at the University of Stirling gained access to a treasure trove of documents from four alcohol companies and their ad agencies.

The title of the report-“They’ll Drink Bucket Loads of the Stuff”-comes from a “creative brief” prepared by the Cheethambell JWT ad agency in 2005 for the makers of Lambrini, a sparkling pear drink with a kick (7.5 % alcohol by volume) that is popular with young women:

Drinking starts early! Early afternoon at the weekend or straight after work Monday to Friday meeting your girly mates and getting on it is the only way forward…. A light, easy to drink, affordable ‘wannabe’ wine that gets their nights out or in off to a good start. They’ll drink bucket loads of the stuff and still manage to last the duration.

As in the U.S., the U.K. government has a love-hate relationship with the alcohol industry. The flashpoint for disagreement, in many cases, is advertising. Druglink (PDF), a magazine for drug treatment professionals and the criminal justice community, published its analysis of the report in the January/February 2011 issue. Editor Max Daly argues that the alcohol industry in the U.K. is adopting “a similar strategy to that used amid mounting regulation of cigarette advertising 30 years ago.” Under increasing regulatory pressure, cigarette ads “became more and more elliptical and imaginative as the codes on content were tightened.” The supposedly restrictive advertising codes imposed on cigarette manufacturers simply “honed the advertiser’s skills-either in camouflage or creativity.”

Daly also points to a report on the use of social networking sites to promote alcohol use, prepared by Scottish Health Action on Alcohol Problems, an independent medical advocacy group. Facebook and other sites, the report warned, are being colonized by alcohol promoters “due to the youth appeal of these sites, the difficulties associated with enforcing age restrictions, the relative lack of regulation and the sheer volume of promotional messages. The extensive use of new media to market alcohol represents a proliferation of alcohol branded messages directed at consumers.”

In the U.S., Bacardi-branded Mojito Party apps were installed by more than 100,000 Facebook users in 2008. Brewing giant Anheuser-Busch hosts a “VIP micro-site” on Facebook as well.

A few months earlier, the British Medical Association called for a thoroughgoing ban on alcohol advertising more in line with restrictions on tobacco advertising.

The Health Select Committee’s report was met with a “furious response” by the alcohol industry, according to Daly. Simon Litherland, managing director of alcohol maker Diageo GB, claimed that “inappropriate consumer views and early proposals” were part of early marketing consultations and were subsequently rejected.

Perhaps because there were no outright examples of law breaking, or perhaps due to a change in U.K. government four months after the report was made public, “They’ll Drink Bucket Loads of the Stuff” has evidently disappeared, leaving few tracks for others to follow. As Daly concludes in the Druglink feature, “whichever political party is at Number 10, there will not be the stomach for a fight with such a powerful adversary as the British drinks industry.”