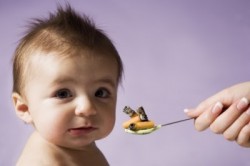 Is your new house a thirdhand smoke reservoir?

In the first published examination of thirdhand smoke pollution and exposure, researchers at San Diego State University discovered that non-smokers who move into homes purchased from smokers encounter significantly elevated nicotine levels in the air and dust of their new homes two months or more after moving in.

So, what faces non-smoking new homeowners when they take up residence in a smoker’s former home? “Air nicotine concentrations were 35-98 times higher than those found in non-smoker homes,” the investigators write. “Dust and surfaces showed nicotine levels approximately 12-21 and 30-150 times higher, respectively, than the reference levels in non-smoker homes.”

The homes had been vacated a median of 62 days, and tests on the new residents were conducted a median of 34 days after the move. “Nicotine levels found on the index fingers of non-smokers residing in former smoker homes were 7-8 times higher” than those residing in non-smoking homes. What makes this even more noteworthy is that most of the smokers’ homes “underwent cleaning and many were repainted and had carpets replaced before new occupants moved in.” In addition, “smoker homes remained vacant for on average an extra month,” all of which suggests that smoking has a host of economic side effects we are only beginning to pin down.

“In summary,” say the researchers, “these findings demonstrate that smokers leave behind a legacy of thirdhand smoke (THS) in the dust and on the surfaces of their homes that persists over weeks and months.” But do these numbers rise to the level of a legitimate health and safety concern?  After all, an exposure of 150 times more cigarette smoke than the background nicotine pollution level of essentially zero doesn’t necessarily mean a hazardous layer of leftover smoke.

Unless, possibly, you happen to be a small child who likes to crawl around on everything you can reach, wearing only your diapers, while licking absolutely everything you come across and simultaneously “ingesting non-food items,” as the researchers put it. In that case, your exposure to the nicotine, phenol, cresols, naphthalene, formaldehyde, and tobacco-specific nitrosamines (all combining in unknown ways with other pollutants and oxidants in the home environment), and the potential effect of that exposure on your immature immune system, might be high enough to raise the concern level of your parents.