Why Are Treatment Centers Afraid Of Anti-Craving Medications? 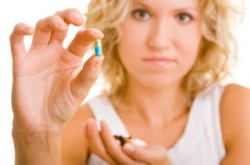 Why do so many drug treatment centers continue to shun science by ignoring medications that ease the burden of withdrawal for many addicts? That’s the question posed in an article by Alison Knopf in the May-June issue ofAddiction Professional, titled “The Medication Holdouts.”

“Nowhere else in medicine,” Knopf writes, “are the people who treat a condition so suspicious of the very medications designed to help the condition in which they specialize.”

Acamprosate, a drug used to treat alcoholism, is a good case in point. A dozen European studies examining thousands of alcohol test subjects found that the drug increased the number of days that most subjects were able to remain abstinent. But when a German drug maker decided to market the drug in the U.S., fierce advocates for drug-free addiction therapy came out in force, even though the drug was ultimately approved for use.

Disulfiram, naltrexone, acamprosate, methadone, buprenorphine-the evidence for all of them is solid. Knopf cites the case of buprenorphine:

“‘There are scores of peer-reviewed journal articles that evaluate the success of buprenorphine,’ says Nicholas Reuter, MPH, senior public health adviser in the Division of Pharmacologic Therapies at the federal Center for Substance Abuse Treatment (CSAT). ‘It’s well established that the data and the evidence are there. Not treating patients with a medication consigns most of them to relapse, adds Reuter. While some opioid-addicted patients, as many as 20 percent, do respond to abstinence-based therapy, ‘That still leaves us with the 80 percent who don’t,’ he says.”

Dr. Charles O’Brien, one the nation’s most respected addiction professionals and a Professor of Psychiatry at the University of Pennsylvania, is incensed that anti-craving medications are not more widely used. “It’s unethical not to use medications,” he says.“This is a subject that I feel very strongly about.” O’Brien told Addiction Professional he no longer cares who he offends on the subject. “If you’re discouraging people from taking medications, you are behaving in an unethical way; you are depriving your patients of a way to turn themselves around. Just because you don’t like it doesn’t mean you have to keep your patients away from it.”

And at the Association for Addiction Professionals, “the prevailing philosophy is pro-medication,” Knopf writes. Misti Storie, education and training consultant for the group, told Knopf that the “disconnect” at treatment centers is due to a “lack of education about the connection between biology and addiction.” Counselors working in centers that do not allow anti-craving medications are in a tough spot, Storie acknowledged.

It is continually astonishing that treatment centers–where the primary goal is supposed to be the prevention of relapse, even though the success rate remains abysmal–would spurn medications that often help to accomplish precisely that goal. Relapse rates hover around 80%, by an amalgam of estimates, so it’s not like rehabs are wildly successful at what they do.What’s really behind the resistance?

What stands between many addicts and the new forms of treatment is “pharmacological Calvinism.” I would love to claim this term as my own, but it was coined by Cornell University researcher Gerald Klerman.Pharmacological Calvinism may be defined as the belief that treating any psychological symptoms with a pill is tantamount to ethical surrender, or, at the very least, a serious failure of will. As Peter Kramer quoted Klerman in Listening to Prozac: If a drug makes you feel better, then by definition “somehow it is morally wrong and the user is likely to suffer retribution with either dependence, liver damage, or chromosomal change, or some other form of medical-theological damnation.”