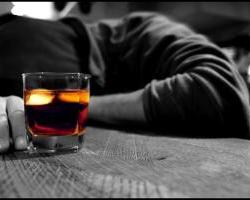 When you think “alcohol treatment” you are likely to think of Alcoholics Anonymous and its 12-Step program. And there is a good reason for that – while other trendy alcoholic treatments have come and gone, the 12-Steps remain.

“I think it has withstood the test of time because it works as long as the willingness and desire is there to stop drinking,” said Shari McGivern, an advanced practice psychiatric nurse in Akron, Ohio, and licensed independent chemical dependency counselor, according to a report from the McClatchy-Tribune Newspapers.

The 12-Steps were introduced in 1938 and were published in the first edition of the book Alcoholics Anonymous, known as The Big Book, the following year.

“You don’t do these just one time, you do them all the time, which is a way of life,” McGivern said. “It causes a total transformation morally, spiritually and, a lot of times, physically. The average person doesn’t have these tools. These are tools to change a lifestyle.”

It appears to work – AA says about 33% of its members have been sober for 10 years or longer.