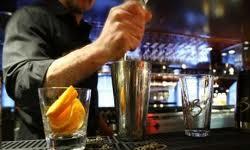 The prosecutor called it the, “somebody put something in my drink” defense. But in Montana, it looks like it will be enough to get Leigh Paffhausen a new trial on her DUI charge.

Paffhausen was tagged by the cops for DUI after being pulled over in January, 2010 (the wheels of justice grind slowly). She admitted to having had some drinks but claimed her poor driving was the result of someone slipping her a date-rape drug. The defense of an adulterated drink was disallowed by the judge in her original trial. Two years out, the Montana Supreme Court has sent the case back for further review, even though her guilty verdict made it through the first round of appeals. She will be retried and allowed to make her claim.

“Date rape” drugs fall into a non-specific category that can include any drug used to lower a victim’s ability to resist. Some cause amnesia and all make the victim act as if they have consumed more alcohol that they actually have. The drowsiness and “out of it” presentation would be expected to affect the ability to drive.

The reason she wasn’t allowed to use the involuntary intoxication defense originally was because the defense is meant to imply a person’s mental state was impaired, not their ability to drive. Paffhausen’s argument is that the date rape drug influenced her decision to drive and did, as a side effect of the drug, degrade her driving skills enough to get police attention. The Supreme Court did not rule that involuntary intoxication made her drive when she otherwise wouldn’t, but they say she should be allowed to present that as a defense.

Police officers and prosecutors worry that a successful outcome in this case will lead to a sudden rush of “me too’s,” with DUI defendants trying anything they can to avoid a conviction. On the other hand, if someone really has been administered a drug unknowingly, they shouldn’t then be held responsible for the consequences of another’s act.