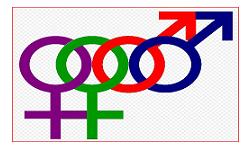 Referred to as sexual minorities, there is a segment of the population who are not firmly fixed in orientation. They are in flux between male and female and many explore their feelings in college. A study in the Journal of Studies on Alcohol and Drugs has now linked this process to a higher rate of alcohol use.

As reported in Infozine, the study followed 2,000 entering freshman, coded them on a sexual orientation scale, and then tracked their use of alcohol over four years. The groups were heterosexual, homosexual, bisexual and variations where students were “mostly” one or the other, but not fixed. Researchers then looked at how often alcohol was used, why and whether there were any negative consequences. The consequences of abuse are a better measure than amount of alcohol consumed because addiction is partially defined as pursuing a behavior despite negative outcomes.

Those students who weren’t firmly fixed as either hetero or homosexual had the most problems.

According to the article, “Bisexuals and students whose sexual orientation was in flux reported the heaviest drinking and most negative consequences from alcohol use, such as uncontrolled drinking and withdrawal symptoms,” said Amelia Talley, MU assistant professor of psychological sciences in the College of Arts and Science.

It may be that sexual minorities feel more stress, anxiety and depression because they are seen as outsiders by the dominant groups. It may also be pressure intrinsic to sexual orientation confusion and the process of exploring options.

Researchers also found that females were more subject to sexual fluidity and more prone to problem drinking behaviors because of it. Men are more likely to already have a fixed orientation when they arrive at college.

The results of this study will enable colleges to target and more effectively address excessive or abusive drinking behaviors in freshman with the goal of reducing harmful behaviors.