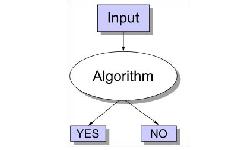 It’s accepted wisdom that, unlike the phrase, “The Devil made me do it,” there is more explanatory power in the phrase, “I was drunk at the time.” In other words, we grant the drinker some leeway because the effects of alcohol include poor decisions. Surprisingly, the story isn’t quite as clear as that.

Supporting this view is a study in the January 2012 issue of the Addiction Journal. This showed a positive link between the decision to have unsafe sex and alcohol consumption. Apparently, the risk of HIV infection is overlooked by those who are intoxicated, leading to the idea that decision making in general is adversely affected when drinking.

On the other hand, other studies have shown this simple picture can’t be the whole story. For instance, if you are out drinking with friends, there is a social aspect – groups tend to make better decisions and override the otherwise poor performance of an intoxicated member, an example of positive peer pressure. The 2008 study, from the Journal of Alcohol Studies said, “Until now, research on the effects of alcohol has focused largely on individuals. For example, as a result of drinking alcohol, individuals are more likely to be sexually irresponsible, aggressive or emotional. However, drinking within groups is a ubiquitous part of our modern social setting. It is not uncommon for people to make decisions as part of a group while consuming moderate amounts of alcohol – for example, in business meetings or at conferences.”

The point here is that real world decision making doesn’t necessarily bear out what happens in a controlled testing environment.

Finally, an even earlier study supported the idea that one’s ability to make conscious decisions isn’t impaired when intoxicated. This study compared groups of college students and found that decisions involving risk analysis were not adversely affected. (Description here.)

With these apparently conflicting looks at alcohol’s effect on our executive functions, it’s difficult to really get a grasp on what’s happening. Can we excuse behavior and poor decisions based on blood alcohol content? One way to think about it is that while our ability to perceive risk isn’t altered, our willingness to ignore risk is. In a sense, this would mean that when intoxicated, we still know what’s wrong, but we don’t care.

Having group input then allows a “community conscience” to come into play, adding the voice of commonsense the alcohol may have taken away. At least with this picture, we don’t have to look far for an explanation of what happens when we drink – a loss of inhibition and a willingness to do what we otherwise would not.