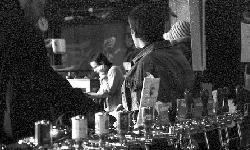 A study of scientific literature on sexual assault shows how alcohol is used by abusers. The article, published in Drug and Alcohol Review, demonstrates that drinking alone doesn’t cause violent sexual aggression, but is used by perpetrators as a tool. The purpose of drinking is to make themselves more attractive and increase the interest of women – a false belief underlying the predatory behavior.

The study compared perpetrators along several variables, including whether or not alcohol was involved in the assault. This seemed like it might be a causative factor, because alcohol use is noted in about half of all sexual assaults. However, for other things tested (aggression, attitudes toward women, sexual dominance) the two groups were similar. The fact that alcohol is used by half and not the other half of perpetrators may then be just an associated factor and not a driver of the behaviors.

It is commonly understood that drinking reduces inhibitions. It is also a stereotypical way to meet women – at a bar or club where alcohol is consumed. And the link to sexual violence seemed to follow. However, other research has shown that the ability to make decisions is not impaired when drinking, so when a predator is in the half that uses alcohol, the drinking is just an excuse to do what they intend to do in any case.

The consequences of this report are that while stopping alcohol abuse is a good thing, it cannot be expected to “cure” someone of a propensity toward violent sexual assault. In short, you can’t blame the alcohol; you have to blame the abuser for their actions directly. A predator may feel like the booze made them do it, but that’s just an excuse they use to deal with the feelings of shame afterward.

The question now is how many other behaviors get blamed on drinking that have other, underlying causes.