Alcohol In The Stomach With Other Drugs 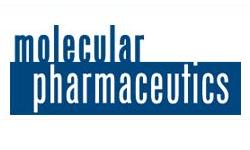 Researchers have recently studied how the presence of alcohol in the stomach can affect the absorption of other, prescription drugs. The study, published in Molecular Pharmaceutics, used simulated stomach fluids to measure different rates.

The speed at which a drug enters the body directly affects what happens afterwards. A drug that absorbs twice as fast will seem, to the body, as if a double dose were taken. In other circumstances, when a drug is absorbed quickly, a large portion of the dose comes by way of the stomach instead of the small intestine, as it would if absorption were delayed until after the stomach contents moved on.

The study simulated what happens when patients have been drinking alcohol on an empty stomach. Scientists compared a 5% level of alcohol in the stomach to a 20% level. The differences in absorption rates were measured for 22 different drugs, most of which are usually poorly absorbed.

How well a drug is absorbed is one factor in determining how much of the drug to put in a pill. If you know only half will be taken up by the body, to get the effect you want, you might put double the amount in a pill. If alcohol changes this profile, what might have been a reasonable dose could be an overdose.

One final factor, not directly studied, is that alcohol competes with some drugs for metabolic pathways – in those drugs, the amount of alcohol presented to the liver is the deciding issue, not how much is in the stomach.

With all these complexities in mind, researchers teased out some parameters that pharmacologists can take into consideration. Both acidic and basic drugs dissolved better at the higher level of alcohol. Better dissolution directly leads to higher absorption.

Drugs that have a tight dosing range and which show this property could have serious consequences if taken along with alcohol (and without food). One in particular is warfarin, a strong anti-coagulant where overdose can mean internal bleeding and death.