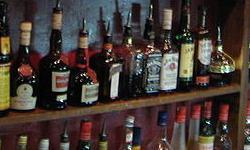 A report in the Journal of Addiction shows a principle of economics applied to drinking. As costs go up for a product, use of that product goes down – at least for non-essential items like alcoholic beverages. The study looked at alcohol sales in British Columbia and determined that setting minimum prices through government authority reduced overall alcohol sales.

They looked at two decades worth of data and discovered a 10% increase in price led to a 3.4% reduction in consumption. This also reflected one of the caveats of alcoholism – the more you drink, the less you want to pay for your addiction. In short, drunks prefer cheaper alcohol and volume over high quality, pricey offerings.

Because of this, the recommendation is to keep prices artificially high, especially on those forms of alcohol preferred by addicts – vodka and beer.

On the economic side, there is another rule that comes into play should they go overboard on raising prices. The recent deaths of 162 people in India who bought and consumed tainted, black market alcohol were the result. In that case, the relatively high price of government sanctioned alcohol has led to bootlegging and toxic products.

In between these extremes – cheap commercial booze and a black market driven by high prices – lays an area where reduction is possible. The study did not address who was cutting back though. Arguably, it may be the social drinker or casual user who limits how much they buy based on price. On the other hand, any reduction should show a positive impact overall on the consequences of alcohol use.

In the US, states that set alcohol prices (including beer) would do well to take notice of the Canadian study. Particularly the tax-neutral aspect. Since the prices are higher, the taxes are greater on a per sale basis. So, even though the volume of sales is reduced, the amount flowing into state coffers is the same. It isn’t a choice of less money for the state to gain the benefit. In a sense, this is one of those no-brainer win/wins we’d like to see adopted.