Dying For A Drink 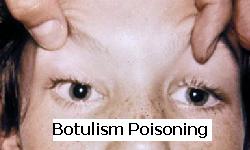 Most of us have heard of Botulin as a product used to get rid of wrinkles. That is one use – it paralyses muscles when injected in very small dilutions, and the wrinkles disappear. But the bacterial product acts a bit differently. When the toxin is eaten it causes muscle paralysis throughout the whole body. Death comes from an inability to use the muscles responsible for breathing.

What’s the link to alcoholism? Well, last month, a dozen prisoners in Utah came down with botulism poisoning, not directly linked to food consumed in the prison cafeteria. It turns out they were all drinking homemade (or cellmade?) prison booze. Called pruno, the vile product is made by allowing fruit products to ferment for up to a week – an ideal environment for Clostridium Botulinum to grow.

Prison hooch is the only recourse for inveterate alcoholics to get alcohol in prison. Other sources, like mouthwash or even air fresheners, are denied them. The pruno is traditionally made with oranges and sugar and allowed to ferment with periodic “burping” to let the carbon dioxide escape. The recipe is remarkably simple, although the end product is described this way: “To put it bluntly, classic pruno tastes like a bottle of Thunderbird filtered through a dumpster full of rotted garbage. Also, a stray dog laps it up from the alley floor and vomits it into a dirty hubcap.”

Importantly, the plastic bag is sealed against oxygen and the carbon dioxide replaces the air already present. Clostridium Botulinum (the bacteria in question) is killed by oxygen. That’s why canning requires sterilization. The bacteria grows and produces botulism toxin until the rising alcohol level kills it. But the toxin remains.

Thankfully, there were no deaths in the Utah incident. And to those who suffer from an addiction to alcohol, it probably isn’t a surprise that, with no other choice, alcoholics would drink what amounts to partially composted, rotten fruit. The disease is that bad.