How Much Alcohol Is Harmful? 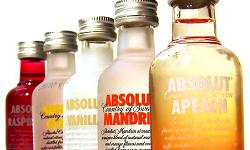 The easy answer for medical professionals is that to prevent harm, complete abstinence from alcoholic beverages is best. There’s no benefit gained from drinking, so zero is the ideal. But this isn’t realistic in societies where social drinking is accepted as the norm. In England, the Royal College of Physicians was tasked by Parliament to outline a safe level of consumption.

The report is meant to give guidelines that will influence legislation and health care in England. It is based on the best science and healthcare practices currently available. The conclusion was that up to 21 units of alcohol could be consumed per week by adult men (women, 14 units) as long as it wasn’t taken all at once and as long as there were two or three alcohol free days a week. A unit in this use is about 8 ounces of beer (or wine) or a single shot of strong alcohol.

The rationale is that having several days in a row without alcohol in the body allows the liver to recover its function. This was considered essential in the report which noted that chronic alcohol problems develop in those who drink on a daily basis, rather than those who only drink two or three times a week.

Significantly, this means that for those who struggle with alcohol, the one or two days of sobriety do matter. It puts some importance behind the “one day at a time” adage, at least as far as the health effects go.

While the physicians’ report addresses guidelines for the public at large, those who suffer from alcoholism know that there are other consequences besides harm to health. The emotional, relationship, financial, and personal harms are just as damaging as the physical effects.