Kids Of Alcoholics Likely To Need Treatment As Adults 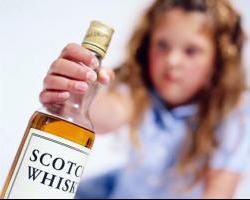 A new study has found that children of parents with a drinking problem are more likely to need alcohol treatment when they become adults.

The study out of The University of Copenhagen said that when parents have “alcohol use disorders,” their children are more likely to have similar problems and require treatment at some point in their lives.

The problem seemed to be worse with the daughters of alcoholics.

“This new research from Denmark supports existing research that indicates that genetic factors are significant,” Recovery Now TV spokesman Mike Cohan told PRWeb. “Further, we now know that this is an issue that we need to be concerned about impacting female as well as male children. Recovering alcoholics who plan to have children need to be aware of this issue and the fact that their children may be more likely to need alcoholism treatment.”

Cohan said the time to act is now.

“If children are educated about factors that might necessitate alcoholism treatment down the road, they may be more likely to circumvent their tendencies,” he said.

The study is published in the July 2011 issue of Alcoholism: Clinical and Experimental Research.