Mom Likely To Get Prison For Son’s Party 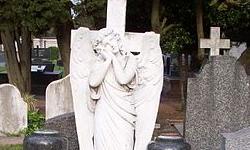 In a tragic case involving loss of life, a 60 year old mother in Pennsylvania has been convicted of serving alcohol to minors. She is now thought to be at least partially to blame for a traffic accident that followed and prosecutors say they will seek prison time for her at sentencing.

In a story out of Greensburg, Pennsylvania, Susan Sanders-Watt pleaded guilty to providing alcohol for her son’s graduation party. The technical charges were corruption of minors, reckless endangerment, and serving alcohol to minors. Three of those attending the party were killed in a traffic accident after attending the party ( a fourth teen survived). Normally, in such cases, the offender would be charged with manslaughter or negligent homicide, but the teen driver had been drinking at another location before the graduation party and it couldn’t be determined when he became inebriated.

Reports state that with the 17 counts of serving to the underaged, Ms. Sanders-Watt could face up to 45 years in prison, but that seems unlikely. However, because of her connection to the deaths, prosecutors are recommending some prison time.

The lesson here for other parents is that, even if they monitor drinking and limit supplies (there was a half-keg at the party) they are still liable for any consequences. Even when the party is under control, the subsequent activities of the party-goers may not be. Certainly this mother didn’t foresee the tragic consequences. But that’s the problem in all these stories.

Legally, the results from an illegal act are considered part of the illegal act. And while Ms. Sanders-Watt wasn’t criminally charged with the auto accident, she may still be sued under civil law for a wrongful death.

The deaths happened 18 months ago, and the case has only now been decided. The story needs to be repeated though, because every year there is another high school graduation and another adult who is tempted to, “let them have a few beers.” Only by telling about the possible consequences can we get the adults to act like adults.