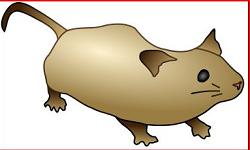 Researchers at the University of Massachusetts Medical School have found a target for preventing liver damage from alcoholism. The study, published in the Journal of Clinical Investigation used mice to show that blocking a specific inflammatory-causing receptor significantly lessened alcoholic hepatitis.

The receptor, IL-1 is also in humans. It now seems to be a major contributor to alcoholic liver disease (ALD), a disease that is responsible for more than twelve thousand deaths a year in the US.

ALD is well known to progress through stages and inflammation of the liver tissues is a critical part. By blocking this inflammatory pathway, further liver damage was prevented. Researchers also found that stopping the process even after it had started would result in recovery.

Developing this as a treatment in humans would be significant, but also a bit controversial. The controversy comes because, by preventing the consequence of an addiction, it is sometimes seen as supporting it. For example, giving clean needles to heroin addicts reduces some of the associated harm, and has been controversial. The root question seems to be, “If we can make alcoholism less harmful, should we?” From a humanitarian standpoint, the answer is a resounding “Yes!” No one is cured of alcoholism by dying from liver failure. Especially important is if the treatment could reverse existing damage among those who have managed to quit.

It’s a bit of a jump to move results in a mouse model to clinical trials with humans. However, anti-inflammatory drugs are well researched already and there are many on the market to choose from. This gives a pathway for doctors to prescribe them even before they are approved to prevent ALD.

The research may also have broader application in other syndromes that cause damage to the liver through the same inflammatory process, even with no alcohol in the picture.