Selling Alcohol To The Vulnerable 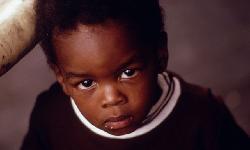 Addiction specialists tell us there are clear risk factors associated with alcohol abuse and addiction. Poverty, a family history and exposure to pro-alcohol messaging all rank highly. A report from the Center on Alcohol Marketing and Youth shows that marketers know this and target African Americans with their advertisements.

The introduction outlines the problem:

“Among African-American high school students nearly 65 percent report having had at least a sip of alcohol and an estimated 25 percent report drinking alcohol for the first time before age 13. Alcohol is the most widely used drug among African-American youth and contributes to many health and social problems, including violence, motor vehicle crashes, and the spread of sexually transmitted diseases.The relationship between alcohol use and violence in African-American youth is bidirectional: Early alcohol use predicts later violent behavior, and early violent behavior predicts later alcohol use.”

It is not currently possible to separate the effects of advertizing alone, but the report found over-exposure of African American youth to positive alcohol messaging in popular songs and on publically visible billboards. These are attractive to advertisers because they often face restrictions when trying to put ads on television. Youth who wouldn’t necessarily watch adult themed television are still “reachable” through bill boards, in-store advertising and popular magazines.

A particular coup for a beverage marketer is when their product is featured in a rap song or video. Commonly, artists advocate particular brands as status symbols or part of a flashy, attractive lifestyle. Rarely are the consequences of alcohol addiction shown or mentioned.

According to the report, magazines popular with African American youth (Vibe, Ebony, Essence, Jet and others) had double the number of alcohol ads when compared to magazines that didn’t appeal to this demographic.