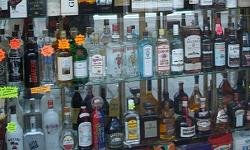 In what might seem like a throwback to the Prohibition era, we have one state upset with another over liquor smuggling. Others point out it’s just simple economics and the principle of arbitrage – you purchase at a price favorable in one context and sell (without adding value) in another context at a higher price. Stripped bare, this becomes buying liquor in New Hampshire and selling it illegally in Maine.

The reason this little scam works is the difference in prices and tax rates between the two states. According to The Portland Express Herald, Maine bar owners who buy cases of liquor in New Hampshire for sale in Maine are costing the state from $4 to $11 million a year.

New Hampshire doesn’t regulate the price of liquor and has no state sales tax on it either. At a difference that can be as much as $7 a bottle, Mainers are just acting rational and taking the short drive to save the cash. And, if it’s just a bottle or two for private consumption, that’s fine. What isn’t fine is using New Hampshire in lieu of buying from a wholesaler and reselling the stuff in your bar.

Interestingly, the easy answer of increased enforcement is being met with a challenge from beverage wholesalers. They’d much rather get the price down to a more competitive level. Their argument is a cost savings by not having to hire more enforcement officers while simultaneously eliminating the incentive to skip across the border. It seems New Hampshire isn’t interested in raising their prices or adding taxes, so the ball is in Maine’s court.

There’s also an idea that enforcement could come by way of computerizing records. If the data were available, it would be easy to see if a bar was selling more than they were legally buying. But that just gives the bar owners an incentive to conceal sales.