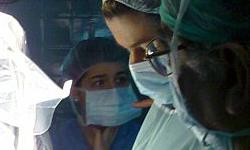 Researchers are always looking for valid links between disease states and addiction. One way to go about it is to look at existing population data to see what associations can be found between a disease and consumption of a drug or alcohol. In a recent article about alcohol and colon cancer the association appears to be strong. Until you dig a bit deeper.

On the surface, the numbers seem to show that people who drink more than 2.5 drinks daily (on average) are at a greater risk for colon cancer. Simple. Unfortunately, the research, out of Boston University Medical Center, doesn’t do well under scientific scrutiny. The research did show an increase, and found a link when they narrowed the positive group down to those with a family history of colon cancer, who ate a higher percentage of red meat and smoked more. But there’s real reason to suspect we aren’t getting the full story.

For example, in a published critique of the work, reviewers found several troubling items. First, researchers didn’t separate out binge drinkers from consistent drinkers, or recognize that simply taking folic acid dropped the rates in all categories. Along with this, they point out that the data used is too old to be of much value – diagnosis of colon cancer has changed dramatically since 1980 (oldest data) and older reporting used different methods, essentially comparing apples and oranges.

What may be worse is that there was no consistent pattern found between the amount of alcohol consumed and the risk of colon cancer. Above 2.5 drinks a day, risk increased, but didn’t then consistently increase at, for example, 4 or 5 drinks a day.

Perhaps the only solid conclusion we can draw from this research is that having a family history of colon cancer increases your risk of getting the disease, and that taking folic acid (or eating green vegetables which contain the nutrient) has a protective effect. But we already knew that.