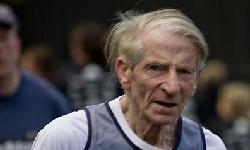 A study presented at the Alzheimer’s Association International Conference in Vancouver showed that binge drinking in the elderly, even as little as once a month, led to significant increased risk of dementia. The study group was more than five thousand seniors, aged 65 and older. And the focus was on whether binge drinking behaviors would affect the development of memory problems or dementia in this population.

While not determining absolute risk, the study linked drinking behavior in both men and women to dementia. This was expressed as the risk of being in the top 10% category for memory loss. Both sexes had a 65% increased risk.

While many more men in the study binged once a month or more (8.3% vs. 1.5%), the effect showed up in men and women equally. Participants were tracked over a period of eight years. Binge drinking was defined as four or more drinks in a single episode.

This study represents an underexplored area in cognitive research among the elderly. It is likely physicians will immediately add this new information to their treatment of the elderly. It shows that “sometimes drinking” isn’t safe in this population and seniors who drink should be made aware of this. Binging more than once a month added even more risk, raising it one and a half times that of the non-drinking group.

The study did not go so far as to claim alcohol was a direct cause. It will take more investigation to determine this. What we know so far is that there is a strong correlation, but there may be an unknown factor contributing to the link.

A further recommendation is for media messaging directed at seniors. While most alcohol consumption messaging is currently focused on youth drinkers or those who might drink and drive, it may be beneficial to make seniors aware of this new link to dementia. More information on this study can be found here.