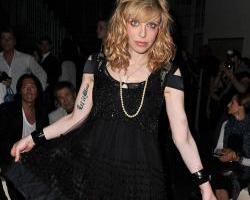 Singer Courtney Love said it was Britney Spears, of all people, who spurred her to quit at least one drug.

According to Spinner.com, Love told the recovery website The Fix that she quit taking Adderall after watching Spears’s breakdown.

“After Britney freaked out a couple of years ago, and her toxicology report said she was taking a much lower dose than I was, I decided to get off that s**t,” she said. “I knew I had to work a serious program again.”

An admitted former crack and heroin user, Love said she hasn’t taken illicit drugs since 2005. She did, however, say she still “self-medicates” with other prescription drugs.

While she has sworn off hard drugs, Love said many other celebrities still partake.

“The biggest celebrities and movers and shakers I know are also some of the worst alcoholics and drug addicts,” she claimed. “But you’d never know it by looking at them. Now that I’m trying to stay sober, I try my best to stay away from that crowd, but it’s not always easy.”