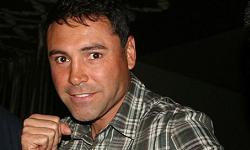 In an interview with Univision, Ocsar De La Hoya credited AA and addiction treatment for his now three-month’s worth of sobriety. The former championship boxer has suffered from the slow slide that often comes with “celebrity withdrawal.” He even said he contemplated suicide.

The story is an old one and keeps repeating. Whether it is a D-list actor or an ex-athlete, the fame and money slip away over time. They are left facing what appears to be a dismal future. We’ve even made a reality TV show out of the process with Celebrity Rehab giving the tired ex-celebs one final chance at the bright lights while they try to get some semblance of recovery.

How fast can it happen, this transition from top of your game to rock bottom? In De La Hoya’s case, his retirement came just three short years ago. Since then, he’s been unfaithful and separated from his wife and became cross addicted to alcohol and cocaine. Not the best thing for a highly tuned athlete.

De La Hoya said, “Rock bottom was recently. Within a couple of years, just thinking if my life was even worth it. I don’t have the strength, I don’t have the courage to take my own life but I was thinking about it.”

He had a larger bite at fame and fortune than many others who have followed the same path down. De La Hoya’s career in professional boxing covered 16 years and brought him 10 titles. This latest admission should serve as a strong example. Here’s a guy who is on the extreme edge of health and athleticism, who fell into the same trap many others have. What remains now is a chance to be an example of what sobriety and recovery can mean.