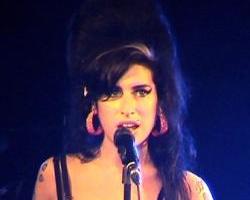 While many suspect that drugs or too much alcohol killed singer Amy Winehouse, her family reportedly believes that quitting drinking is what doomed her.

The British tabloid The Sun reports that the family thinks Winehouse suffered from alcohol withdrawal after she stopped drinking for three weeks.

Family sources told the newspaper that Winehouse tried to quit drinking, but went about it the wrong way.

The source said, “He (Amy’s father Mitch) said doctors had told Amy to gradually reduce her intake of alcohol and to avoid bingeing at all costs. Amy told him she couldn’t do that. It was all or nothing and she gave up (alcohol) completely.

“Mitch said the shock of giving up, after everything she had been through over a bad few years, was just too much for her to take.”

Mitch Winehouse denied that his daughter fell off the wagon and went on a three-day bender before her death, despite evidence to the contrary.

Toxicology tests will ultimately reveal the cause of death, but addiction experts say it is highly unlikely the results will show it was because of alcohol withdrawal.