Has Charlie Sheen Seen The Light? 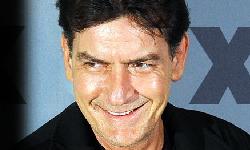 In an interview with Rolling Stone Magazine, Charlie Sheen tells us about how his enthusiasm for what appeared to be an out-of-control lifestyle was a sham. Not much of a surprise for those familiar with addiction. The justification of bad behavior is part of the mix, an expected part. We have a word for it – denial.

He says as much himself in the article:

“Clearly, a guy gets fired, his relationships are in the toilet, he’s off on some fucking tour, there’s nothing ‘winning’ about any of that. I mean, how does a guy who’s obviously quicksanded, how does he consider any of it a victory? I was in total denial.”

So that stage of the process has now been revealed to him. Obvious in hindsight. And then there’s now, when he claims to have his life in order and isn’t promoting the mind-killing, weekend long party lifestyle. Just alcohol. But he’s apparently a fan of it and sees no reason to take that out of the picture. In fact, Charlie admits he likes vodka straight up and says, “It works.”

One can picture the old guys at the AA meeting shaking their heads knowingly, waiting for the other shoe to drop.

In an age of the 24-hour news cycle, when hot stories come to our attention and quickly fade, the way an addiction and recovery plays out is hard to capture. It isn’t months until you get the rest of the story, but years. Over and over again we find out that someone who seems to be doing well, and seems like they’ve turned the corner, slips right back and spirals quickly down. Sometimes it’s a DUI. Other times it’s an overdose. Too often it’s a death.

One of the “skills” addicts pick up is presenting a nice face to the world. Even celebrities can manage it, although with all the attention on them it’s harder.

Hopefully, Mr. Sheen really has changed his ways. It would certainly go a long way toward saving his life. But, if nothing else, dealing with addiction makes one a little cynical about it. We’ll see in a few years…