Sheryl Crow In The Doghouse 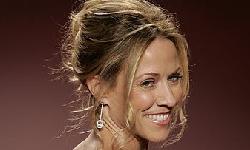 The alcohol industry watchdog group – Alcohol Justice – has put singer Sheryl Crow in their virtual “doghouse” for her association with Treasury Wine Estates. They accuse the songstress of hypocrisy – on the one hand being an advocate for health and breast cancer awareness, and on the other, making money promoting products that increase the risk of developing breast cancer and that have well-known deleterious health consequences.

Does Crow even know that a woman who drinks two glasses of wine a day increase her breast cancer risk by an estimated 8%? I don’t know. It may be a simple business arrangement, the kind celebrities have with all sorts of commercial enterprises. Do they have a duty to investigate the products they hawk?

Alcohol Justice thinks they do, at least when it comes to pairing health information with alcohol. Crow will be featured in ads that link her music, healthy recipes and wine, with a recommended vintage to go with a healthy meal. The organization calls it “pink washing” – trying to look good donating to “fight” the very disease your product makes worse.

They put it this way:

“Which brings us to yet another troubling facet of this promotional campaign: Treasury Wine’s statement that it will donate up to $100,000 to breast cancer charities, an amount associated with sales of Chateau St. Jean during the month of October. The sum pales in comparison to the economic and social cost of alcohol-attributable breast cancer in the United States, given that $100,000 would not likely cover the total costs of direct care for one woman with breast cancer during the course of her treatment.”

Crow hasn’t yet appeared in any ads. It may be that she will withdraw if and when she finds out about the criticisms being leveled against her. The singer does have a reputation for social responsibility. But even if she doesn’t, star power has a cache that’s hard to overcome. Would a breast cancer organization turn down her help because she’s touting a wine on the side? Doubtful. At some point, the money you are able to raise overcomes the ethical concerns.