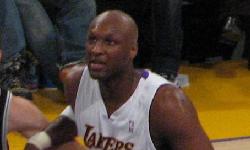 DUI seems to be getting more popular with the celebrity crowd and two more made the news recently. Rapper DMX was tagged in South Carolina but was released after he was able to pass a breathalyzer test at the Greenville County Correction Center. Earl Simmons (his real name) has the kind of arrest record that gives rappers street cred, including previous charges of reckless driving, drug possession, animal cruelty and assorted probation violations. He’s also served prison time in Arizona.

That arrest was followed in a few weeks by the arrest of Lamar Odom, an NBA star, in California. Odom refused to submit to chemical testing, which means he’ll lose his license for a year. Police who arrested him for suspicion of DUI said he was unable to pass the field sobriety tests.

Drivers sometimes think that by refusing the chemical tests they can avoid getting charged with a DUI. That’s not the case. Although a BAC over 0.08% is strong evidence and likely to lead to a conviction, you can still be charged without it, based on other evidence. Police dash cams and field sobriety testing, along with the arresting officer’s report of smelling alcohol can lead to a guilty verdict, even without the chemical tests.

In Odom’s case, police say he was driving 50 miles an hour on the expressway at four in the morning and that he was driving “in a serpentine manner.” These indicate intoxication.

With two more added to the list of celebrities who have a problem with alcohol, one wonders if they shouldn’t be forced into making some kind of public service announcement warning their fans about the dangers of drinking and driving. If that could be made part of a plea deal, it would leverage their celebrity status into a good avenue and maybe we’d think better of them. As it stands, celebs in the news for DUI continue to be an embarrassment.