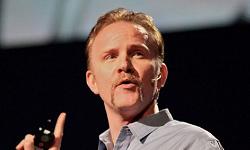 With the launch of a new show, CNN gave us a detailed look inside the medical marijuana business in California. Hosted by Morgan Spurlock (of “Super-size Me” fame), the “Inside Man” series is half reality show and half documentary. The idea is to put Spurlock in different situations and film the unscripted results.

For the pilot, we see Spurlock getting his medical marijuana card and taking up employment with the nation’s largest marijuana retailer – a non-profit dispensary and health center called Harborside. Along the way, various points supporting marijuana legalization are offered up as background and the operation is presented as a “clean, safe environment” – not at all what Spurlock expects.

It’s a good show and a good introduction to how medical marijuana is being handled in states where it is legal. Some of the nuances will probably escape casual viewers though. For example, the doctor’s exam to get the card seems perfunctory and very much a “turn and churn.” Spurlock says he gets insomnia and that’s enough to get signed up. At the dispensary, Spurlock talks to several patients/customers and all tout the benefits of marijuana, with no mention of side effects or complaint.

Perhaps it’s the nature of the show, but there’s a distinct lack of counter-balance. All the information comes from the advocate perspective. It would be helpful to have presented a little more analysis of the claims. When a graph is shown alleging marijuana laws remain in place because of a conspiracy between law enforcement, the prison-industrial system and lobbying from the treatment community, it seems a bit much. Addiction isn’t mentioned, except when making comparisons to the harms from alcohol and tobacco.

One interesting bit was a journey to an indoor marijuana growing operation – a high tech warehouse with hydroponics, lights, ventilation and even charcoal canister filters to absorb smells. We are told the two-room set up (very large rooms) generates a couple million in profits and follows all state laws, as far as the identity-hidden operator knows.

For an introduction to what medical marijuana can mean in practice, the “Inside Man” is a good expose and worth watching, with the understanding it’s presenting the best case scenario.