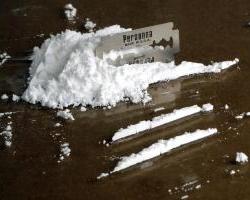 A potential huge breakthrough in the treatment of cocaine addiction – a common beta-blocker could become the first-ever drug treatment for cocaine.

According to a report from Asian News International, the beta-blocker, propranolol, is currently used to treat people with hypertension and anxiety. But researcher Devin Mueller of the University of Wisconsin-Milwaukee said in animal testing, it has shown to be effective in preventing the brain from retrieving memories associated with cocaine.

Mueller said the effects of propranolol were long-lasting and could be permanent, even without subsequent doses.

If it works on humans, it could be a major achievement in the battle against addiction.

“Right now, there are no FDA-approved medications that are known to successfully treat cocaine abuse, only those that are used to treat the symptoms of cocaine withdrawal, which are largely ineffective at preventing relapse,” said Mueller.

The research is published in the journal Neuropsychopharmacology.