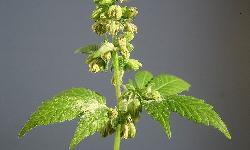 If there’s any doubt that entrepreneurs have taken to the legitimate marijuana business in a big way, this ought to put it to rest: a former Microsoft executive is trying to create a nationally recognized brand for marijuana. He’s gone so far as to purchase dispensaries in three states (where medical marijuana is legal) and is apparently talking to Mexico about setting up a supply chain.

An article on Yahoo News tells the tale of Jamen Shively, former corporate strategy manager, who has recruited former Mexican President Vincente Fox to work on the import side. This might be a hitch in the plan, since marijuana is illegal in Mexico, despite that country being the biggest supplier of weed to the US.

“It’s a giant market in search of a brand,” Shively said of the marijuana industry. “We would be happy if we get 40 percent of it worldwide.”

With marijuana now legal for recreational use in Colorado and Washington, Shively isn’t the only one looking to get in early. Business magazines such as Forbes have run articles touting the opportunities and it appears that hungry investors are sitting on the edge of their seats, evaluating the best time to jump in with the least amount of risk. Shively said he’s soliciting $10 million in start-up capital, but there’s a very real risk his operation, which currently consists of dispensaries in three states, will run afoul of the law.

The situation is still fluid. Until federal law deems marijuana legal, anyone involved in the business runs the risk of the DEA swooping down and shutting their doors. In fact, this has happened in California already, with dispensaries being closed wholesale. Other states have seen the same thing as laws are interpreted one way under one administration and differently under another. In Michigan, the state supreme court ruled some practices were illegal, effectively shutting down the dispensary system there.

As far as branding goes, Shively will have his work cut out for him. Although serious marijuana advocates support quality control and standardization (Shively’s brand would be tested and graded), there are plenty of pseudo-brands already on the market. The old names still ring a bell: Acapulco Gold or Maui Wowie – but these have been replaced by newer hybrids, like BlueBerry, AK-47 and ChemDawg. Cannabis aficionados know and seek out these strains already.

He’ll also be competing against a kind of cannabis culture bias. The highest prices go to strains grown under the careful attention of passionate farmers who pay close attention to pesticide use and are organic-savvy. Still, if he can get a decent product at a low price-point, Shively may have a winner. After all, you can’t really access advertising and the media machine without an identifiable brand to sell.