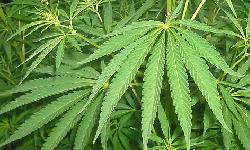 The US appears to be slowly but inevitably moving toward legalization of marijuana, either as an herbal remedy or for recreational use. In this environment, studies that show some of the downsides of marijuana use have appeared as a kind of “push-back” against the idea of cannabis as a safe, consequence free product. One such study is out of Brown University.

As reported in Brown Daily Herald, nine percent of those who try marijuana will become dependent on the drug. Researchers looked to see what the negative consequences might be.

To see marijuana’s influence, researchers recruited people who used marijuana “about twice a week” but who weren’t so dependent on the drug that they experienced withdrawal with 24 hours abstinence. This group was compared to a baseline group of non-users.

Although the study cannot show a direct cause from cannabis use, the drug was associated with problems in impulse control and working memory. Those who developed problems when using marijuana were not necessarily those who consumed the most drug or used it most often. This variability in harm is not unusual. It is seen with other drugs (alcohol being a good example) and may be a reflection of normal human variability.

What the research seems to show is that some sub-set of people will be adversely affected more when they use marijuana. For these people, there may not be a completely safe level of use.

The next step is for researchers to look for a link between alcohol use patterns and marijuana to see what patterns emerge with memory and impulse control.

The study was published in the journal Drug and Alcohol Dependence and was sponsored by the National Institute on Drug Abuse. It is one of several studies looking at cannabis and dependence as well as genetic links to marijuana abuse.