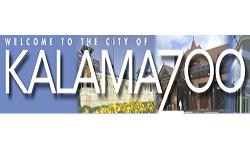 Kalamazoo, Michigan, besides having one of those unforgettable names, is also the home to Western Michigan University. The city is too large to be just a college town, but their latest ordinance suggests they have the party school attitude.

In the city that boasts on its website, “Kalamazoo is a great place to live and work…The City of Kalamazoo also offers many of the cultural attractions that you would find in larger metropolitan areas, including art, theatre, dance, music, restaurants and much more,” they don’t mention that marijuana is more legal here than anywhere else in the state.

Although Michigan has passed legislation permitting medical use of marijuana for registered patients, possession outside that system means up to a year in jail and a $2,000 fine. That’s for any amount – technically even a single seed. But, as reported in The Raw Story not in Kalamazoo.

The City Commissioners decided to make their own law on marijuana. In the city limits, and under the jurisdiction of local officers, possession of less than an ounce of pot maxes out at $100 and no more than 93 days in jail. Furthermore, city police have been instructed to put marijuana possession violations at the bottom of the list of enforcement concerns – meaning you may not even get the misdemeanor charge.

The rationale from the commissioners was a cost savings. The claim is that officers were spending too much time on nuisance arrests for minor possession when they could be out there enforcing real crime and catching real criminals.

No other city in Michigan has been bold enough to take matters into their own hands. But they could. Other cities, outside of Michigan have already. In fact, the ordinance passed in Kalamazoo was based on a model adopted by Chicago.

This typifies another way that marijuana is creeping toward the legalization now only seen in Colorado and Washington. City by city.