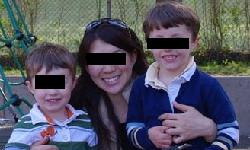 There was a viral video a couple of weeks ago, purportedly showing a mother offering her bong to her toddler. The comments were almost universally against such an outrageous act, and the mother in question was arrested. But what about women who don’t “share” but just use marijuana themselves to combat the stresses of raising a child? Good idea or bad?

The reports of this phenomena are partially upsetting and partly understandable. One mother, writing for Jezebel, put it this way: “Weed takes the edge off of my fatigue-induced bitchiness. It helps me not care so much about things.”

It’s not just mothers either. A father, opining in the New York Times, claimed marijuana helped him connect with his toddler, describing the experience as making him “more loving, attentive and patient.”

Moms for Marijuana International is an organization that promotes marijuana legalization. While they don’t specifically say cannabis makes a better parent, the site has many testimonials about how marijuana saved mothers from their worst selves. A new mom writes:

“I smoked and kept smoking throughout my pregnancy. I started eating and getting out to place like family functions. I noticed it was because of Cannabis I could get off the couch and be who I knew had been shut away by depression and normal pregnancy pains.”

The other side of the story is how marijuana use around kids is treated by state governments. Although laws differ between states, “chemical endangerment of a child,” a common term, can land a mom in jail or put her children under state supervision. It’s a risk some are willing to take and this largely hidden method of dealing with parenthood stresses will no doubt continue.

It’s not really that new of an idea either. Decades ago, Valium was sometimes called, “Mommy’s little helper,” and who knows how long alcohol has been used the same way. The real danger is when a stoned parent needs to sober up quickly after an accident involving the child or when a careful decision needs to be made. That’s when we all want our sharpest faculties to draw on.