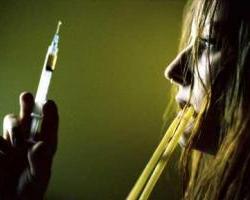 Most research into heroin addiction deals with how to get people to stop using the drug. Well, a new research effort in Chicago is trying to determine if you can stop people from using the drug in the first place.

According to a report in the Chicago Tribune, the research is funded by an Illinois couple who lost their grandson to a heroin addiction. They want to make sure no one has to go through what they did.

“No one has attempted to understand what motivates a kid to use heroin and how to intervene and prevent that from happening,” said Kathleen Burke, executive director of the Robert Crown Center, which runs the program.

Some fifty heroin users ages 18-29 are taking part in the program, telling their tales of heroin abuse.

Many of the stories are typical – people starting with alcohol, and then moving to such drugs as marijuana and cocaine before hitting the needle. However some went straight to heroin.

“They have never seen an inner-city area or an open-air drug market,” said Kathie Kane-Willis, director of the Illinois Consortium on Drug Policy and lead researcher. “That became part of the thrill – not just using the drugs but going and getting away with it.”

The research also focuses on an addict’s relationships with parents and friends. The key will be to identify what might prompt a young person to try heroin. Hopefully the information will result in the creation of better drug intervention programs.

The initial phase of the study is expected to wrap up by the end of the summer.